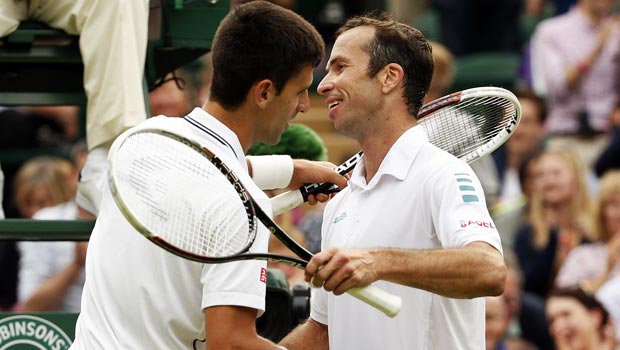 Novak Djokovic has praised Radek Stepanek after their entertaining second-round clash at Wimbledon.

Djokovic, now 2.51 to win Wimbledon, was in no mood to rest in the first two sets as he charged into the lead and looked to see out the match and wrap the contest up.

However, Stepanek was looking to become the oldest man to ever reach the third round at SW19 and he rallied to pull a set back.

The Czech managed to win the third set on a tie-break and he pushed Djokovic all the way in the fourth as he tried to force the match into a decider.

Djokovic was too strong in the end and eventually sealed the victory after over three hours of play. The top seed will now play Gilles Simon in the next round but he was quick to praise Stepanek for his determination.

Speaking after his win, Djokovic said: “I was two sets up and had some break-point chances in the third and I should have closed it out in the third set tie-breaker, but credit to him for fighting.

“He’s 35 years old but he’s moving very well. Grass is probably his most preferred surface. He performs really well on the big stages, as you saw.

“He loves to engage the crowd, he’s an entertainer, and it was fun from one side to be part of a great thrilling match, but on the other side I should not have complicated my own life this way.”