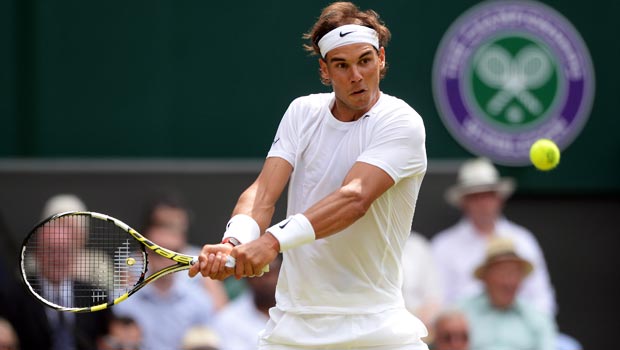 Rafael Nadal insists he needs to play “very well” if he is to get past Czech player Lukas Rosol in the second round of Wimbledon.

The Spaniard will come up against his former nemesis on Thursday, with Rosol having beaten Nadal at the same stage in 2012.

Nadal, champion at SW19 in 2008 and 2010, suffered a five-set defeat to the then world number 100. He gained revenge earlier this year in Doha, but with both players returning to the grass the pressure will increase, particularly for Nadal.

Before the start of the tournament the two-time winner admitted he was nervous about being beaten by an outsider after crashing out in the first round 12 months ago.

He was off the pace during the first set against Martin Klizan in his first-round match on Tuesday before wrapping up the win.

Now he must overcome Rosol and has admitted he will need to dig deep.

He told reporters: “I lost (last year) because he’s a good player. He’s a player that can play very well on this surface.

Nadal is available at 5.16 to win the tournament overall, while he can be backed at 1.19 to win the first set against Rosol, with the latter priced at 4.70 to take an early lead.