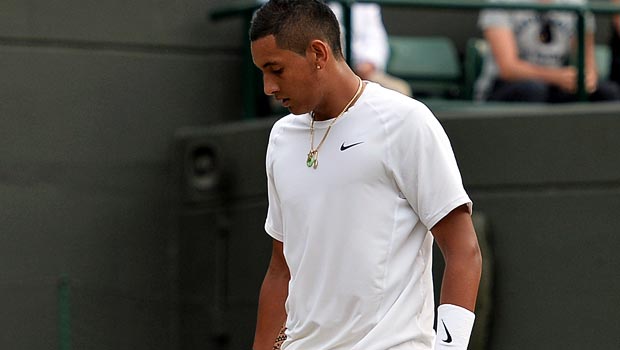 Australian teenager Nick Kyrgios believes his second-round match against Andy Murray at the Rogers Cup will be one of the hardest of his career but he believes he has a chance of victory.

Kyrgios, 19, burst onto the scene at All England Club last month as he knocked out 14-time grand slam champion and world number two Rafael Nadal to reach the quarter-finals at Wimbledon.

The teenager entered the tournament as a wildcard, when ranked 144 in the world, but he has since risen into the top 100, currently sitting as the third-highest Australian at 70.

He booked his place in the second round of the Rogers Cup by beating Colombian Santiago Giraldo 7-6 (7-3) 7-5 on Tuesday, setting up a meeting with British number one Murray.

The Scot is seeded eighth in Toronto but has not played competitively since his Wimbledon defence ended in a straight-sets defeat to Bulgarian Grigor Dimitrov in the quarter-finals.

Kyrgios believes he has a chance against Murray and is savouring the possibility of causing another upset.

“I’m definitely going to go into the match feeling like I’ve got a chance and I’m going to get some opportunities,” said Kyrgios.

“But, you know, it’s going to be one of the toughest matches I have ever played, so I have just got to be ready for it.”

The second-round match takes place on Wednesday and Murray is the favourite at 1.31, with Kyrgios priced at 3.50.