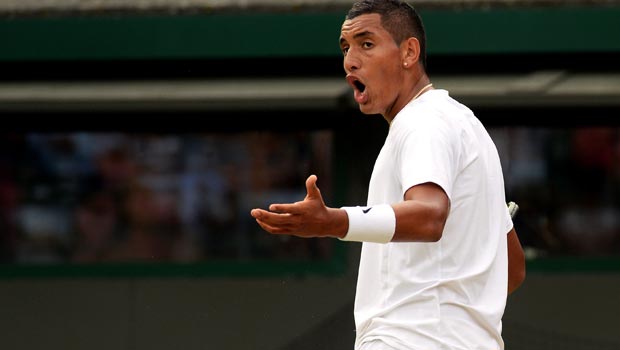 Nick Kyrgios has revealed that he is set to part company with coach Simon Rea, just weeks after a sensational run at Wimbledon that announced the emergence of the rising star.

The 19-year-old, unknown to many before the tournament began, took the All England Club by storm as he made it all the way to the quarter-finals, beating then world number one Rafael Nadal en route.

The big-serving Canadian Milos Raonic ultimately proved too strong in their last-eight clash but Kyrgios had already made himself a name as one to watch, and has targeted a Wimbledon title in the future having impressed on his debut.

However, he will be without his coach who he has been with since winning the 2013 Australian Open junior singles title – New Zealander Rea – as he wants to spend more time with his family in Canberra.

“My desire to be at home more in Canberra, when I am not at tournaments has driven me to make the decision for change within my team,” Kyrgios said in a statement.

“Not only is Simon a great coach but he is a great person and I wish him all the best in the next phase of his coaching career.”

Kyrgios has risen up to 66th in the world rankings following his Wimbledon heroics and will now be guided jointly by Davis Cup coach Josh Eagle and the Canberra-based Todd Larkham, with Tennis Australia continuing to have a heavy influence on the youngster’s progress.

The 2013 Wimbledon Boys Doubles champion has taken some time out following his recent exertions and will return to the court in the ATP 1000 in Toronto next month.