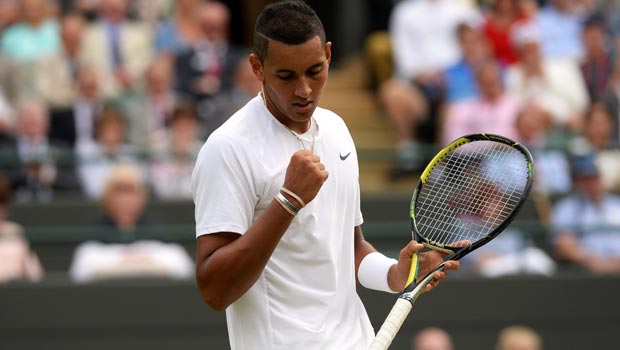 Australian teenager Nick Kyrgios insists he is planning to stay grounded for the rest of Wimbledon but he has already set his sights on becoming world number one.

The wildcard has spent the majority of 2014 playing on the lower Challenger circuit but he managed to win a title in Nottingham before Wimbledon.

Kyrgios, 17.00 to win Wimbledon, hit 37 aces and was broken once by Nadal on his way to victory and he will now play Milos Raonic in the quarter-finals on Wednesday.

He is hoping for a dream semi-final against Roger Federer if the Swiss star can get past countryman Stanislas Wawrinka.

Although he is planning to keep calm as he tries to lift the title on Sunday at SW19, Kyrgios is targeting the world number one spot in the future.

“I’m going to stay grounded. I’m going to go home tonight and do everything possible for my next round tomorrow. Milos has probably got the best serve in the world. I’m just going to go out there and have fun again.

“I want to be the number one player in the world. That’s my motivation. I’ve never had anything like this happen in my life.”