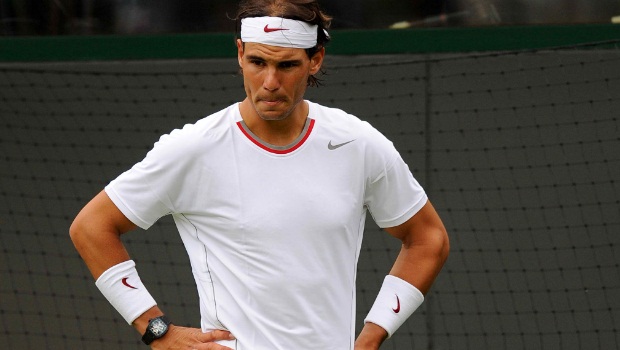 Rafael Nadal revealed that he is still hampered by his injuries despite his magnificent form which has seen him win two Grand Slam titles and 10 other events.

After missing the second half of last year through injury, the Spaniard has dominated on his return to action in February, showing no signs of the injury although he maintains that he is still feeling the pain.

Nadal has previously used technology to help cure his ailments, with reports claiming he uses a mixture of hi-tech training machinery and platelet-rich plasma therapy (PRP) to aid his recovery after matches, but he says even this quite extreme treatment doesn’t work anymore and he is now looking at other ways to manage his pain after matches.

“With the injury I have now, I did (try PRP). I tried a lot of times, and it really didn’t help me a lot,” he said. “The machines I have at home, the only thing that helps me is to make me a little bit more fit without having to run or something like this, or putting pressure on the tendon.

“But seriously, we didn’t find the key to the recovery because I need to keep working hard on finding things that will help me more.”

Meanwhile one of Nadal’s greatest rivals, Roger Federer, is confident of reaching the ATP World Tour Finals despite seeing his hopes take a blow on Thursday following defeat to Gael Monfils in Shanghai.

The 17-time Grand Slam champion admits he needs to put in good performances in the upcoming tournaments in Basel and Paris to ensure he reaches the World Tour Finals without needing to rely on the fact that Andy Murray is injured and will not be involved.