Liverpool: Daniel Sturridge could be one of the best – Rodgers 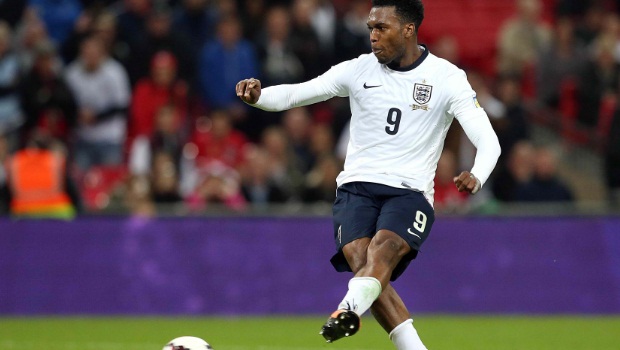 Liverpool boss Brendan Rodgers believes Daniel Sturridge is on his way to becoming one of Europe’s top strikers after he scored eight times in nine matches across all competitions this season.

The former Manchester City youngster now has 19 goals in 25 appearances since moving to Anfield from Chelsea in January.

He is becoming key to England’s hopes of going to Brazil next summer and netted the third from the penalty spot in Friday’s exciting World Cup qualifying win over Montenegro and will start against Poland having now established himself in the side following his debut in November 2011.

Rodgers admits the striker’s development has some way to go but on current evidence he has no doubts about his enduring quality.

“He’s got a great touch, is very strong on his left side and his right side, he’s got super pace – once he’s away, he’s away, you’re not catching him,” said the Reds boss.

“He’s clever in his movement and his runs, he’s a good footballer; he drops into spaces, picks up the ball, sets the game, spins. He’s also got an eye for goal but he needs to work on his heading.

“When he does, I think he can prove to be one of the top strikers in European football.”

Sturridge is still not operating at 100 per cent having suffered an ankle injury in the friendly against the Republic of Ireland in May and missed last month’s internationals with a thigh problem which makes his early-season form all the more impressive.

“He literally only joined in the last week or so of pre-season,” Rodgers told liverpoolfc.com.

“To have missed out on pre-season, just come back with 10 days to go and play how he has done so far without a lot of rest has been remarkable.

“When he gets up to real fitness in a few games’ time, he will become even better.”