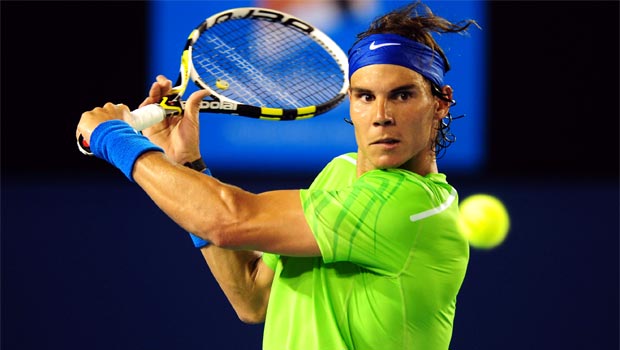 Rafael Nadal battled through the pain barrier to book his place in the final of the Australian Open Men’s Singles at the expense of old adversary Roger Federer.

The brilliant Spaniard continued his dominance over Federer despite struggling with a badly blistered hand, dispatching his great rival in straight sets, 7-6 (7-4) 6-3 6-3, to stretch his winning run in the head-to-head standings to six games.

The victory increases Nadal’s overall advantage over Federer to 23-10, with the Swiss star having not beaten the Spaniard in a major since the 2007 Wimbledon final.

Nadal had to battle hard to win the opening set, Federer surviving break points against his serve in the seventh and ninth games to take it to a tie-break. But Federer had no answer to Nadal in the tie-break, who wrapped up the first set with one minute shy of an hour gone.

Nadal had his troublesome blister attended to after the first game of the second set, but the medical break worked in his favour and he went on to win the second set with ease.

With the finishing line in sight, Nadal wasted little time in wrapping up another win over Federer, the 17-time Grand Slam champion having his serve broken in the third game.

Federer dug in to break Nadal for the first time but then lost his serve in the next, and the world number one finished the job without too much fuss thereafter.

Nadal is now a strong favourite to lift the trophy as he plays eighth seed Stanislas Wawrinka in Sunday’s final, having won all 12 previous meetings between the two while never having even lost a set – and thrashed Wawrinka 6-2 6-2 6-2 in their one clash in Melbourne way back in 2007.

The Swiss star though will go into the contest having come as close as he ever has to chalking one up against the left-hander, losing in two tie-breaks at the ATP World Tour Finals in November 6-7 (5-7) 6-7 (6-8).