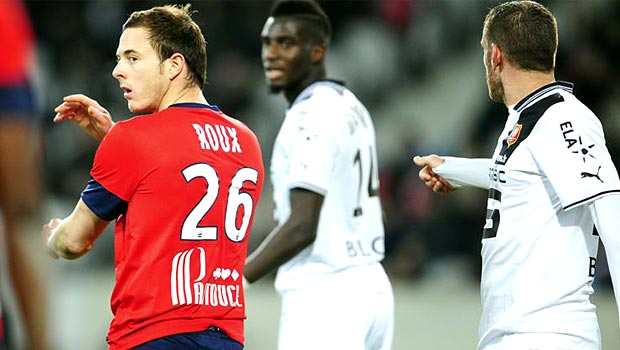 LOSC Lille will look to put a run of back-to-back defeats behind them and cement their top-3 place in Ligue 1 with victory tonight over a goal-shy Rennes side boosted by the arrival of new striker Ola Toivonen.

René Girard’s side have lost their opening two league games of 2014, following up a 2-1 home defeat to Stade de Reims by going down 2-0 at Saint-Etienne last weekend to fall 10 points behind leaders Paris Saint-Germain.

Previously, Lille had not lost successive league games since January last year but defensive frailties have cost them, with Nigerian goalkeeper Vincent Enyeama – so impressive in the first half of the campaign – letting in eight goals in five outings.

However, the northerners were given a boost in midweek as they beat near neighbours Croix, of the fifth tier amateur ranks, 3-0 in the last 32 of the Coupe de France. Goals from Simon Kjaer, Tulio De Melo and Divock Origi saw LOSC ease through, just as numerous other top-flight sides were falling by the wayside.

Now, Girard is hoping his men can record a first league win since defeating SC Bastia 2-1 on December 15.

“It is up to us now to take the bull by the horns. Ok, Rennes are not going through a good spell, but these series are there to be broken so we need to be careful,” he said.

“We have also had a little bad patch in the league, so it us up to us to get back on track.

“We know that Rennes have fast players going forward and it is not their specialty to just sit back and defend. They are looking for points and it is set to be a tough match.”

Historically, Rennes have struggled in this fixture. Indeed, in 37 previous visits to Lille in the top flight, they have won just twice, most recently in May 1966.

They are also going through a dreadful spell in the league, with last weekend’s goalless home draw against Evian-Thonon-Gaillard leaving them in 15th place in the table, just six points above the drop zone, and without a win in five games.

And with sides below them, such as Montpellier and Valenciennes, now picking up points, the Bretons are starting to feel the pressure.

Lille are perhaps unsurprisingly priced up as the 1.61 favourites to get back to winning ways in the league, with the draw available at 3.52 and Rennes on offer at 5.72.