Nadal is ready to flex his muscles in French Open 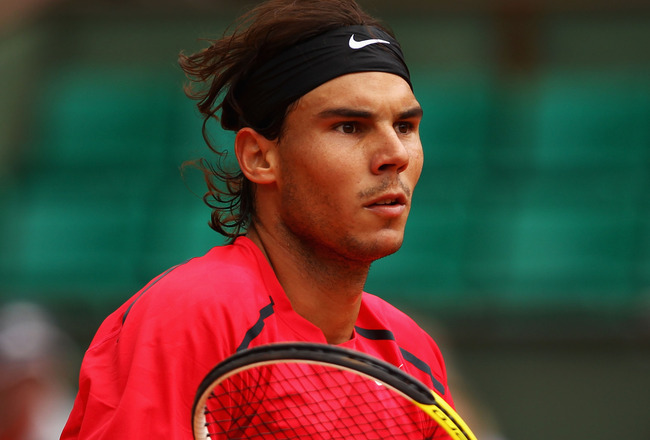 Rafael Nadal is the favourite in French Open but not the top seed in the men’s singles.

The year’s second Grand Slam tournament fires off Sunday at Roland Garros, with seven-time major champion John McEnroe tagging Nadal to win the men’s bracket and Serena Williams to rule the distaff side.

Nadal won his record seventh French Open title last year and is 52-1 for his career at the place. But he had seven months off the tour because of a left knee injury.

Since returning in February, Nadal is 36-2, reaching the finals at all eight tournaments he’s entered, winning six.

”I am enjoying every moment, and eight finals in a row is wonderful,” Nadal said. ”Four, five months ago, it was impossible to think about this.”

”I’m really happy for him, and impressed that he’s come back,” said McEnroe, an analyst for Tennis Channel, among other TV outlets. ”It seems like he’s barely lost anything, if at all. Right now, he seems to be finally, he says, playing the best he’s been playing the whole year, which is sort of frightening for the other players.”

However, Nadal will not be seeded No. 1 when the draw is held Friday.

That is because the French Open decided to strictly follow the rankings, and Nadal’s long absence deducted enough points that he is currently No. 4 (he’ll move up one spot to No. 3 in the seedings, because No. 2 Andy Murray, the reigning U.S. Open champion, withdrew because of a bad back).