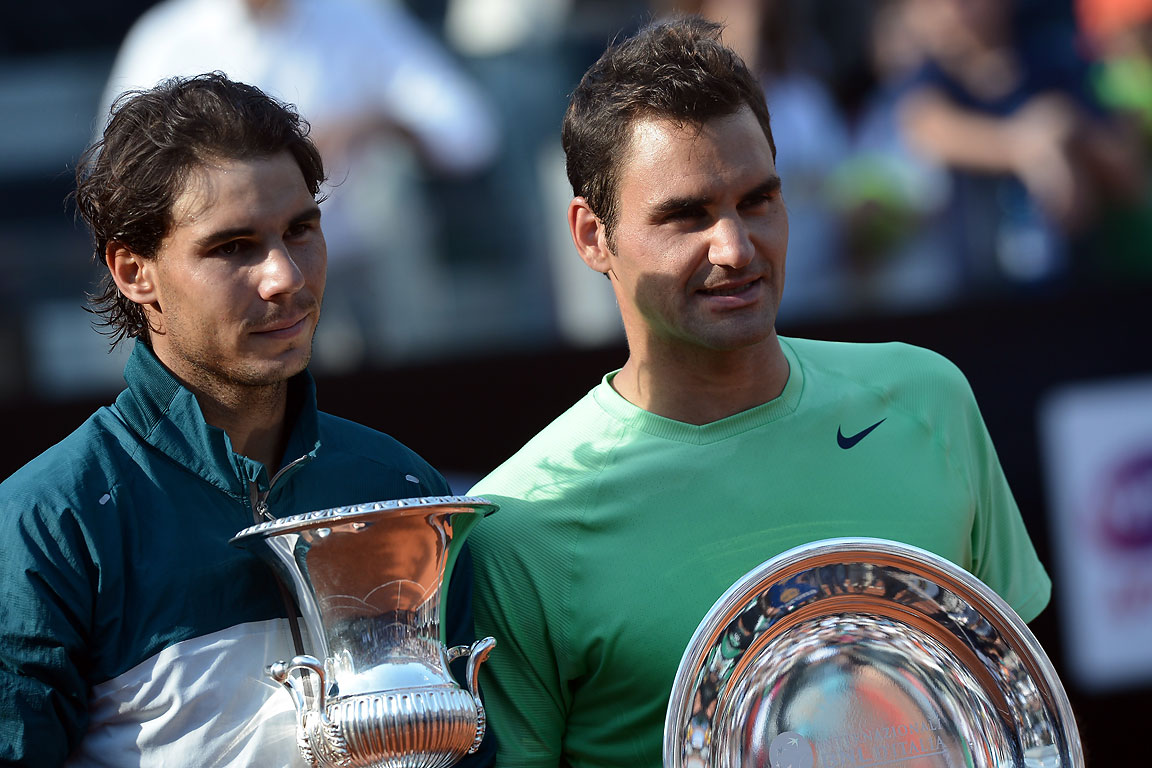 In their 30th ATP Tour clash, Federer clocked in possibly his worst performances, with Nadal improving his record against the Swiss to 20-10, with a 13-2 record when playing on clay.

With the French Open just around the corner, the Spaniard played flawlessly to take the title at the Foro Italica.

Federer had a lot of errors, and after holding service in the first game, he lost nine consecutive games to go 3-0 in the second set after losing the first 6-1.

He made 32 unforced errors in 16 games, and only hit his first serve 58 percent of the time.

On the other hand, Nadal showed his strength after recovering from the knee injury, with his win in Rome giving him his third straight tournament win after seven months out of competition.

And with the win, he is brimming with confidence ahead of Roland Garros as he searches for his eighth French Open title and fourth in a row.

“It’s a very important day, a very happy day for me after a difficult year last year,” said Nadal. “It is really emotional for me to win a tournament with such a long history as Rome.

“I am just enjoying the moment and valuing it more than ever because I know where we were just a few months ago. Being here a few months later with all I have achieved is really more than a dream.”

Federer admitted he was second-best, adding: “It didn’t go how I hoped and I was missing too many easy forehands and crucial points.

“He does an incredible job returning form the back of the court and it is hard because he covers the court so well. You need to serve accurately. When Rafa is at his best he creates opportunities in rallies and dictates. It was difficult to change.”