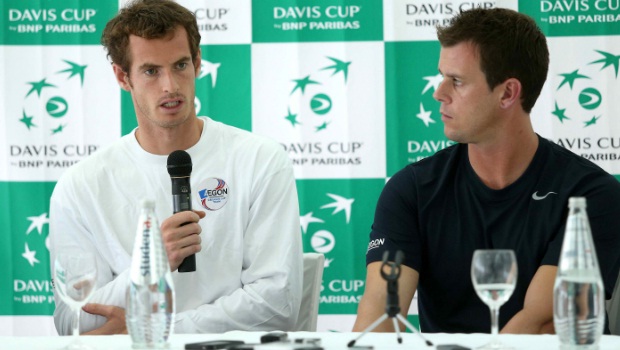 Andy Murray is unlikely to play again this year after confirming he will undergo surgery on a long-standing back problem.

The British number one has struggled recently with the injury that has dogged him for the best part of 18 months, partly blaming it for his disappointing showings on the American hard courts this summer.

The 26-year-old made a series of early exits from his pre-US Open events before his title defence at Flushing Meadows was ended in straight sets by Stanislas Wawrinka in the quarter-finals.

Despite the niggling back injury, Murray opted to play for Great Britain in their crucial Davis Cup play-off with Croatia last week, winning both of his singles rubbers and combining with Colin Fleming in the doubles to secure Britain a spot in the World Group.

The two-time Grand Slam champion was clearly struggling during the matches on clay in Croatia and after trying other means to correct the disc problem, he will now go under the knife.

Surgery means Murray will be forced to miss the last four tournaments of the year, including November’s World Tour Finals at the O2 in London.

The world number three broke the news on Twitter on Thursday night and says he is hopeful of returning to his best form following the operation.

“Thanks so much for all the nice messages,” he tweeted. “Having operation on Monday. Will let everyone know how it goes. I’ll be “back” stronger.”

A statement from Murray’s management company revealed he had played through the pain barrier to win his first Wimbledon title after the injury resurfaced up in May.

The statement read: “The issue flared up again during the Rome Masters this year when Andy was forced to retire and he sought advice from a range of specialists in May.