US Open 2013: Murray crashes out in quarters 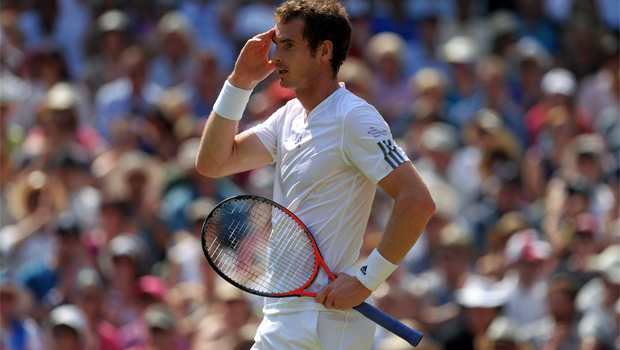 Andy Murray saw his hopes of retaining US Open dashed by Stanislas Wawrinka who inflicted a straight sets defeat on defending champion on Thursday.

Murray was totally outplayed by the Swiss ninth seed in a match in which the Scot was always second best, his racquet feeling the brunt of his frustration on more than one occasion.

The number three seed had won eight of their 13 previous encounters, but his opponent lined up in confident mood, having dispatched Tomas Berdych in the previous round.

And it showed, as Wawrinka took control of the first set, closing it out 6-4, and with Murray incapable of inflicting even one break of serve, the next two sets were even more emphatic, falling 6-3, 6-2 in favour of the underdog.

The 28-year-old will now meet Novak Djokovic in what will be his first ever Grand Slam semi-final, and Murray had few excuses.

“He played exceptional tennis and served very, very well. He hit a lot of lines on big points, went for his shots and they all went in today. He played too well,” he said.

Wawrinka’s year is ending on a high though, and he knows just how big last night’s win was: “It’s amazing for me to be in the first semi-final in a Grand Slam, especially after beating Andy Murray, defending champion. He just won Wimbledon, too. He’s a great champion.”