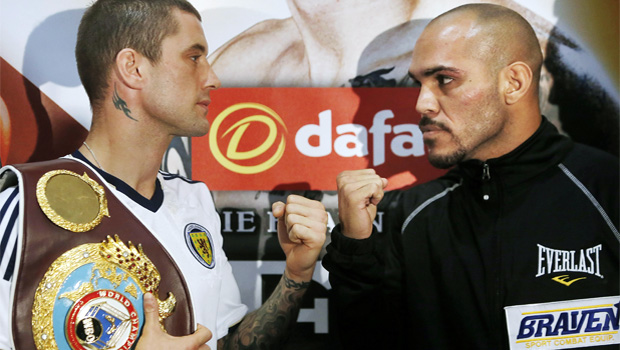 Promoter Eddie Hearn thinks that Ricky Burns is finally getting the credit he deserves after a string of world title bouts.

Burns has yet to garner much praise from most of the UK and the international boxing scene despite having eight successful world title fights. The Scot could see his profile rise if he can get past Raymundo Beltran on Saturday night in Glasgow, with the challenger having faced some of the toughest men in the lightweight division.

The 30-year-old nearly lost his world title last time out when he almost fell victim to Jose Gonzalez in May. Burns entered the ring after nine months away due to a number of cancelled fights, but he dug deeper than ever before Gonzalez failed to come out for the ninth round.

Hearn is pleased to see Burns getting the attention he feel he deserves and he expects him to shine in front of his home fans on Saturday.

“He’s starting to (gain recognition),” Hearn told Sky Sports. “I think this is his ninth world title fight. If you look at the run he’s had, winning the title against Paulus Moses, beat Michael Katsidis, beat Kevin Mitchell, and a very good Gonzalez.

“And now he’s fighting Beltran, who I believe outside the world champions is the toughest fight in the lightweight division for Ricky Burns.

“I put Burns almost on a par with Carl Froch, a two-weight world champion and starting to get the recognition he deserves, he packs out arenas up here, he where’s his heart on his sleeve and has an all-action style that people want to watch.

“Sometimes you have to win ugly and that’s what he did against Gonzalez. Against Beltran this is his opportunity to make a real statement and I think Ricky’s looking to do that on Saturday.”