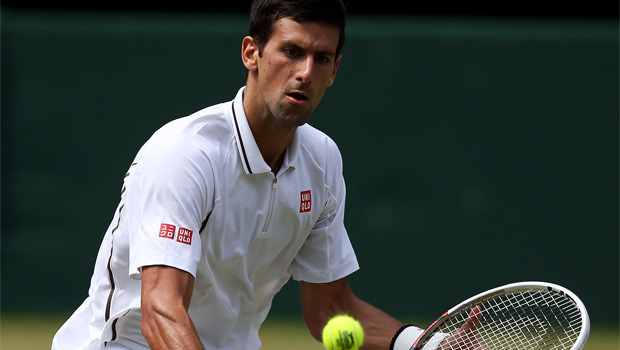 Novak Djokovic stayed on course for a US Open Final clash with Rafael Nadal by beating Mikhail Youzhny despite losing a set for first time in this year’s tournament.

The number one seed had not lost a set in the previous four rounds, but his experienced Russian opponent was in no mood to fold tamely as he attempted to reach the semi-final stage at Flushing Meadows for a third time.

However, despite a stuttery start, the Serb closed out the first set 6-3, and with the aid of two breaks of serve, looked well on the way to a 14th consecutive Grand Slam semi-final by taking the second set 6-2.

With Youzhny looking dead and buried, Djokovic took his eye off the ball, making 16 unforced errors in the third set to give his opponent a lifeline, the Russian inflicting a 6-3 reverse on the Serb.

Normal service was resumed in the fourth set though as Djokovic woke up and smashed 10 winners on the way to closing out the match 6-0.

Djokovic revealed that he knew this would be his toughest test so far in New York.

“It was never going to be an easy match against Mikhail in the quarter-finals of a Grand Slam, and I was aware of his qualities and ability to come back,” he said afterwards.

“After I lost the third set I definitely tried to regroup and focus on every point individually and start playing the same game that I had in first two sets.

“It was important to get the early break in the fourth. I have done that, and after that I really felt a big relief on the court and just went for my shots and played great.”

“To finish off the match with a 6-0 win against Youzhny, it’s definitely encouraging for me for the next challenge.”

That will now be against Stanislas Wawrinka, conqueror of defending champion Andy Murray earlier on.