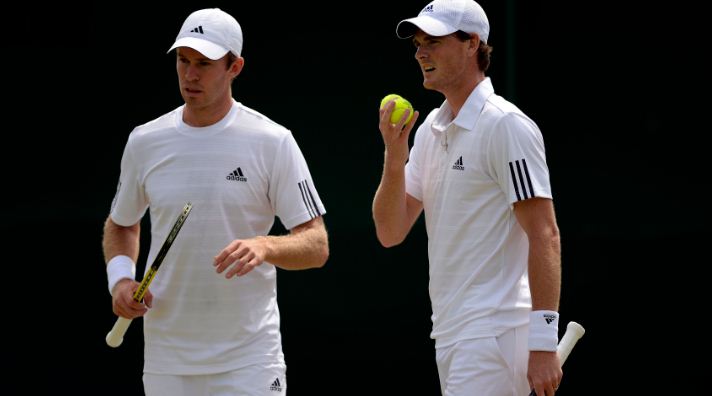 Murray was teaming up with his southern hemisphere partner for the 11th time since the pair started working together after the Australian Open in February.

The Scot now has nine ATP doubles titles to his name and, despite recently plummeting down the world rankings to 63rd, he looks to be once again heading in the right direction.

The duo made easy work of their opponents on the clay-courts winning 6-3 6-4 to continue their development as a team.

The 27-year-old along with his 25-year-old partner have already shown that they are a real force by beating world number one pairing Bob and Mike Bryan to win the Houston title in April.

Jamie’s brother, Andy who claimed his first Wimbledon title last month, was full of praise after the match tweeting:  “Big congrats to my bro @jamie_murray and partner john peers 4 winning title in gstaad!”

Meanwhile, British number two Heather Watson has confirmed that she has split from coach Mauricio Hadad – who has previously worked with Maria Saharapova – and will work with Jeremy Bates through the hard-court season.

Watson has now slipped down to 78 in the world rankings after being out of action earlier in the year because of glandular fever but is set to make her first appearance since Wimbledon in Washington next week.

Bates will now work with the 21-year-old in Toronto and Cincinnati next month as well as the final Grand Slam event of the year, the US Open, which starts on August 26.