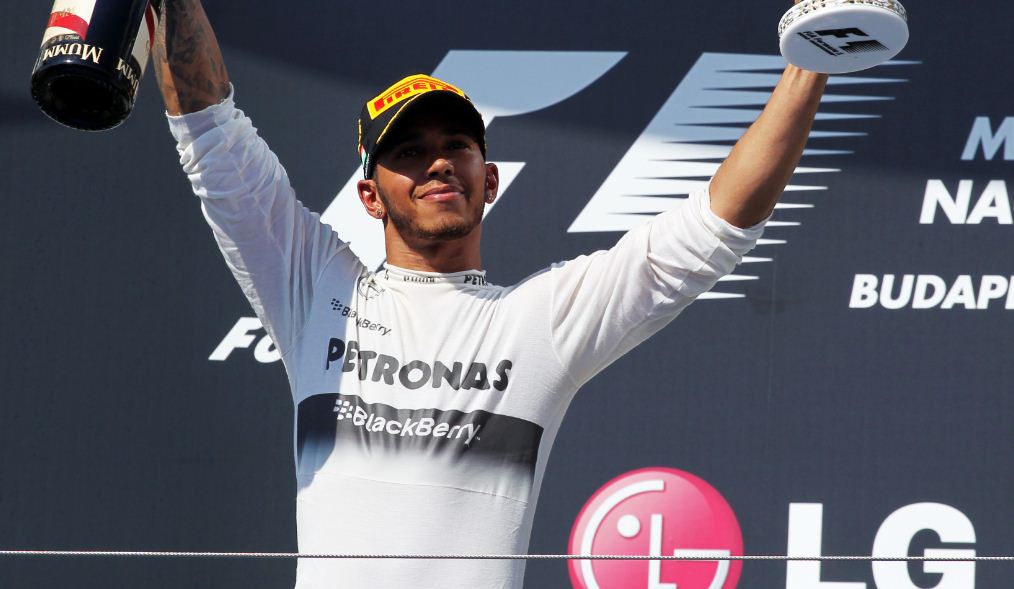 Lewis Hamilton is refusing to rule out a challenge for Formula One world title in second half of the year following a dramatic victory in Hungarian Grand Prix.

Hamilton secured his first win in 10 attempts for Mercedes since joining his new team from McLaren, with Kimi Raikkonen taking second and Sebastian Vettel third.

Former world champion Niki Lauda, who is Mercedes’ non-executive chairman, described the performance as the best he has seen from the 28-year-old, and Hamilton himself was bullish after the race.

Hamilton has closed the gap on Vettel to 48 points and although the chances of overhauling the Red Bull driver still look slim, he could yet become the closest challenger after the summer break.

Mercedes finally appear to have got to the bottom of the tyre problems that have dogged their season so far and that has given Hamilton confidence going into the rest of the season.

“When you have a win like this you get excited and think anything is possible,” Hamilton said.

“Obviously this race shows anything is possible, but it’s still too early to say we can challenge.

“I know the guys are working hard to close the gap, and I hope this is the first step in doing so.

“But we’ve a lot of tough races coming up. I just hope that’s not the last time my tyres work for me.

“If we can be quick at this track and make our tyres last with the temperatures we experienced then we should be able to do it anywhere, so fingers crossed.”

As things stand Raikkonen is the closest challenger to Vettel sitting 38 points behind, with Fernando Alonso, who finished fifth in Hungary, a further point off the pace.