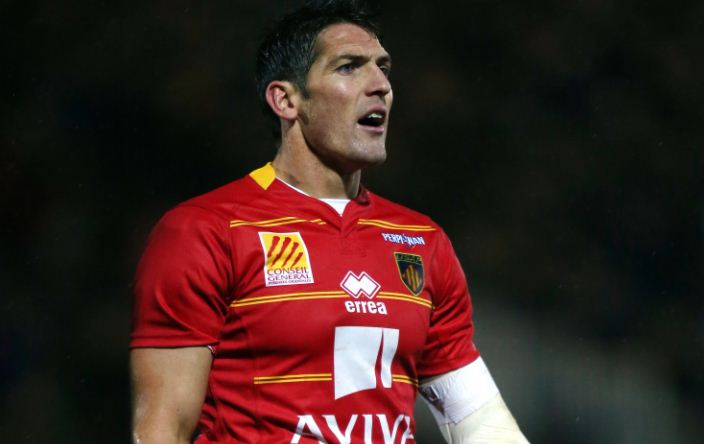 Perpignan’s James Hook says he is eager to try and catch the eye of Wales’ selectors as he looks to try and fight his way back into contention with national team.

Hook has collected 70 caps for the Wales senior side and currently stands as the third highest all-time points scorer behind Neil Jenkins and Stephen Jones.

However, the 28-year-old has endured a torrid couple of years which have seen his playing time restricted by injury, causing him to fall down the international pecking order.

In that time Warren Gatland’s side have established themselves as a dominate force, claiming successive Six Nations titles as well as boasting a majority contingent in the recent success for the British & Irish Lions in Australia.

The former Ospreys man has not started a match in the red shirt of Wales since the 2011 World Cup, although he did get a 22 minute run out coming on as a replacement during this year’s Six Nations.

The fly-half believes there is still plenty of time to try and add to his 70 caps and he hopes playing high level rugby with his club and featuring in prestigious competitions such as the Heineken Cup can push him in the right direction.

Hook said: “I just hope I still have a future.

“I’m not sure what I have to do. It’s anyone’s guess what the coaches are thinking. Maybe I’ll get another chance.

“I believe I can still offer a lot. I’ve been fortunate enough to play 70-odd times which is a great achievement but it’s two years now since I last got into the starting team.

“You can’t give up hope but I’m not going to let it dominate my thinking. Perpignan are back in the Heineken Cup and I’m concentrating on doing my very best to make sure we make the most of the challenges ahead.”