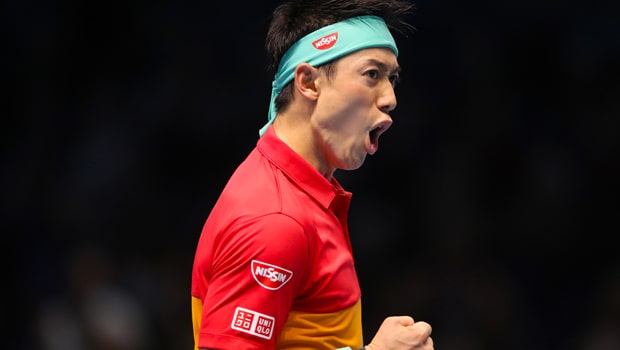 Kei Nishikori secured his first ATP Tour title in nearly three years after beating Daniil Medvedev in the final of the Brisbane International on Sunday.

The Japanese ace claimed a 6–4 3–6 6–2 victory at the Queensland Tennis Centre to seal his first tournament success since winning the Memphis Open title in February 2016.

The victory rounds off a good week for the world number nine, who saw off the likes of Grigor Dimitrov and Jeremy Chardy en route to the final, and he was particularly pleased with his performance against Medvedev.

“I was able to return very deep and I think I put him under pressure.” he said.

“I’m really happy that I’ve been playing really well this week. “Even if I lost today, I think I was very confident, and some of the matches I played some of the best [players].”

Nishikori is now hoping to take his impressive form in Brisbane into next week’s Australian Open.

He added: “So, I’m happy to go in Melbourne, and I feel like it’s one of my favourite tournaments there.”

The 29-year-old has never made it beyond the quarter-finals of the first Grand Slam of the year and he missed the event last year due to a wrist injury, but he is priced at 34.00 to claim overall glory this time around.

Medvedev, who beat Andy Murray, Milos Raonic and Jo-Wilfried Tsonga en route to the final, could also be a name to lookout for in Melbourne and he is available at 67.00 to win what would be his first Grand Slam title.