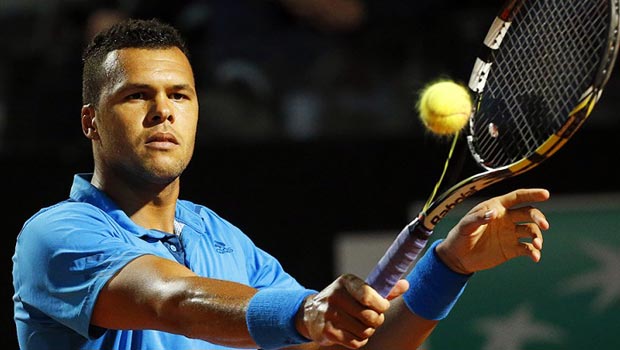 Alexandr Dolgopolov looks capable of upsetting 11th seed Jo-Wilfried Tsonga at the Roma Masters on Monday as the Frenchman struggles to recapture his best form.

Tsonga has slipped down to 13th in the world rankings after a run of indifferent results in 2014 and could be set for another early exit against a player he has lost to three times in the past.

Dolgopolov holds a 3-2 head-to-head advantage over Tsonga and won their only previous meeting on clay at Madrid in 2012, although it was a close three-set affair.

Santiago Giraldo overcame Tsonga in straight sets at Madrid last week when the Frenchman displayed a concerning lack of his usual passion while it could also be said that the slower conditions in Rome will be less to his liking.

Dolgopolov impressed in his victory over Fabio Fognini in Madrid but came up against a strong performance from Ernests Gulbis in the second round.

But the Ukrainian appears to be enjoying his tennis much more than Tsonga right now and looks value at 1.98 on the Money Line to beat him for a fourth time.

Although their previous meetings have all been competitive, Tsonga’s two wins came in five sets (10-8 in the fifth) back in 2010 and indoors on home soil in France in 2011.

Dolgopolov has risen from number 57 to 21 in the ATP Rankings after a successful opening four months to 2014.

If he can get close to repeating that early-season form he can beat Tsonga and taking Dolgopolov at 3.08 -1.5 on the Handicap could be a profitable play.