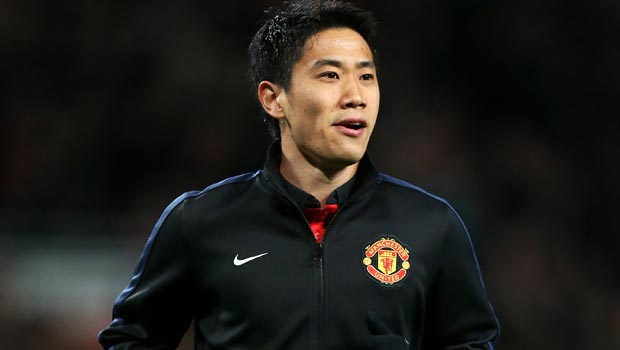 Shinji Kagawa has admitted this season has been “disappointing” and he wants to put it behind him by enjoying success with Japan at the World Cup.

The Manchester United midfielder was named in Alberto Zaccheroni’s provisional squad on Monday as he flew back to Japan following his club side’s draw with Southampton.

And Kagawa admits he has been close to breaking point at times as United suffered some awful results, resulting in the sacking of David Moyes before the end of the campaign.

“This year the manager changed and it has been a really hard year in many ways,” he said.

“There have been times when I thought my spirit would break and I just thought: ‘I have to believe in myself’.

“In the end it has been a really disappointing season, what with not scoring a single goal, but I never slacked off in training or matches.

“I have experienced a lot in Europe over these four years. I had won the league the previous three years and I think it has been really good for me to experience both good times and bad.”

Kagawa missed out on Japan’s squad for the 2010 World Cup in South Africa but revealed he has been targeting selection for Brazil during the intervening years, during which he rose to prominence as part of Jurgen Klopp’s Bundesliga title-winning Borussia Dortmund side.

“Over these past four years my goal has been Brazil and I think I am here now because I fought and believed in myself,” Kagawa said.

“I have dreamed about the World Cup stage since I was little. I am not only going to enjoy it, I want to attach my mind to getting results.

“For the team I think our first game against Ivory Coast is crucial. Obviously we are in it to win the tournament but that is not something you can say lightly and I want to focus on Ivory Coast.”

Japan are 2.85 to get their campaign off to a winning start with Ivory Coast 2.50 favourites to win and the draw available at 3.04 in the 1X2 betting.

Ivory Coast have not failed to score in over two years while Japan have scored nine goals in their last three friendlies which could make over 2-2.5 goals at 2.23 a play.