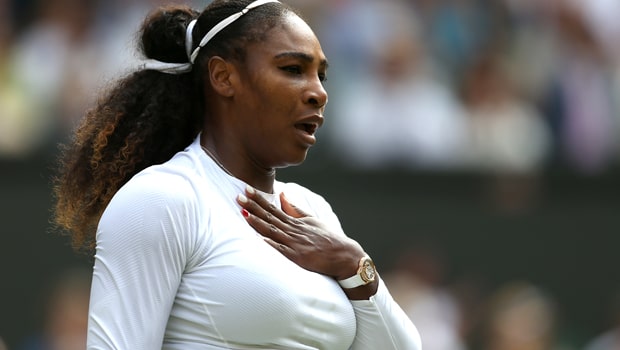 Serena Williams was docked a game by Portuguese official Carlos Ramos for verbal abuse during her US Open final defeat against Naomi Osaka on Sunday last, causing a furore within tennis.

Having already had a point penalty for smashing her racquet and a code violation for coaching, Williams was penalised further for calling Ramos a “thief” and a “liar” courtside at Flushing Meadows.

Murray, who will feature in Great Britain’s Davis Cup match with Uzbekistan in Glasgow this weekend, suggests the reaction has been ‘overboard’.

“I think the umpire did what was within his rights,” he told BBC Sport.

“Coaching is common, a lot of people are doing it, some people aren’t getting called for it. To get called in a Grand Slam final was perhaps a bit tight, but I think the reaction was pretty overboard.

“I’ve seen a lot of people get called for coaching before, and you might have a grumble and stuff, but you get on with it.”

Ramos will umpire Croatia v USA in the Davis Cup this weekend and United States player Johnson is another that is lacking in sympathy for Williams’ plight.

“Look, I don’t want this to come out the wrong way, but he [Ramos] enforced rules that have been enforced on me over the years,” he said.

“I’ve never been called for coaching, but the racquet abuse, the verbal abuse, that’s just part of the sport. I think a lot of it maybe got over-amplified because it was the finals of the US Open.”