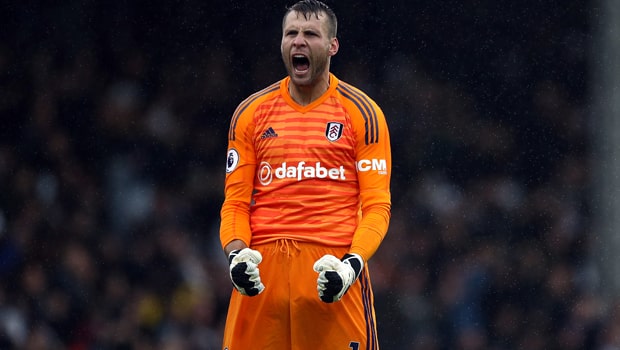 Goalkeeper Marcus Bettinelli insists Fulham will not travel to Manchester City just to make up the numbers on Saturday.

The Cottagers face one of the toughest tasks in European football this weekend when they take on the Premier League champions on their own patch.

City have dropped just two points to date and sit in fourth spot in the top-flight table while Fulham have enjoyed a steady return to the promised land, with four points from as many games played and are placed 13th in the standings.

Not many people have given the west Londoners any real chance of returning to the capital with anything to show for their efforts and they are priced at 19.00 to take all three points, with City on offer at 1.13 and the draw 9.50.

However, far from being overawed, Bettinelli has made it clear that he and his team-mates will relish the challenge at the Etihad Stadium.

“All the hard work that we put in last season, it would be for nothing if we weren’t looking forward to these types of games,” he told fulhamfctv.

“These are the games you want to be involved in.”

Pep Guardiola’s men are 1.60 to defend their Premier League title while Fulham are on offer at 5.50 to be relegated, but the 26-year-old shot-stopper feels that, with the correct mindset, the Londoners could ruffle a few feathers in Manchester.

“It’s not going to be easy, like I said they’re a fantastic team, but we go there with nothing to lose and everything to gain,” he added.

“We’re going to go there with an open mind, be ready for them, prepare for them as well as we can, and we’ll see what happens.”