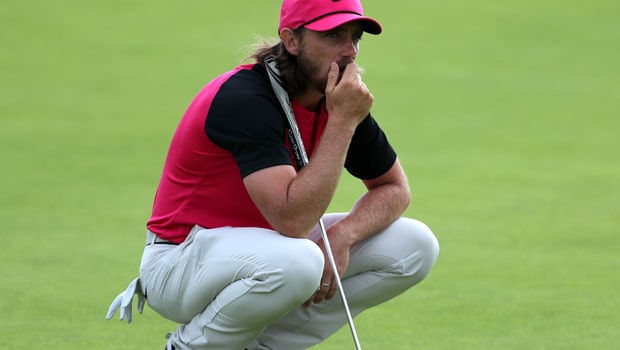 England’s Tommy Fleetwood claims no player on the European Ryder Cup team will be intimidated by seeing Tiger Woods and Phil Mickelson in the USA ranks despite their standing in the sport.

Both American veterans failed to qualify automatically for Jim Furyk’s team but were handed a spot at Le Golf national as a wildcard pick.

In-form Bryson DeChambeau and big-hitting Tony Finau completed the dozen who will attempt to retain the trophy between September 28-30.

The USA are rightly 1.80 favourites to win the event due to the strength of their team, with Thomas Bjorn’s Europe on offer at 2.25 to wrestle back the trophy.

The presence of Woods and Mickelson lends plenty of experience to an already talented bunch but Fleetwood has made it clear that familiarity with the duo means that it will be no more daunting facing the pair than any other of the US stars.

“Most of us guys on the European team play in the same tournaments against Phil and Tiger week in and week out at the moment,” he said.

“You can’t deny they’re two of the best golfers ever and they always will be, but when you tee it up you’re just playing another golfer, it doesn’t matter who it is.”

Much of the build-up to this year’s renewal has focused on the prowess of the American team but Fleetwood believes Europe have what it takes to get the right result in what should be an amazing three days of golf.

“I honestly think it could be one of the greatest Ryder Cups ever. We do have a really good team spirit this year,” added the world number 12.

“Maybe it’s always like that, but it’s my first one so I can only go on that, and we’ve got a great bunch of players and I fancy our chances, I really do.”