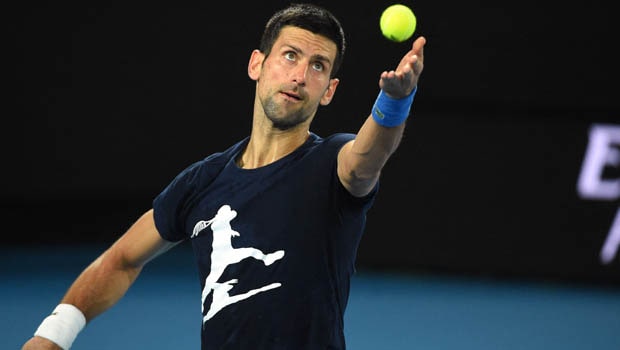 The World no.1 Novak Djokovic has clarified that he is not against vaccination but he will sacrifice trophies if he is told to get mandatory jabs. The Serbian will not defend his titles at French Open and Wimbledon if the organizers make it mandatory for the players to be vaccinated to take part in the events.

Djokovic wants to have the right to choose what goes in his body and he has confirmed that he won’t take the jab. The Serbian also clarified that he was deported from Australia after the country’s immigration minister, Alex Hawke, personally canceled his visa, as he thought Djokovic’s presence could incite “civil unrest” and encourage anti-vaccine sentiment.

“Yes, that is the price that I’m willing to pay,” Djokovic told BBC after he was asked about his participation in Wimbledon and French Open.

“I was never against vaccination,” he told the BBC, confirming that he’d had vaccines as a child, “but I’ve always supported the freedom to choose what you put in your body.”

When asked to explain his decision to sacrifice the chance of becoming the most successful Men’s Tennis player, Djokovic said, “Because the principles of decision making on my body are more important than any title or anything else. I’m trying to be in tune with my body as much as I possibly can.”

“I was never against vaccination. I understand that globally, everyone is trying to put a big effort into handling this virus and seeing, hopefully, an end soon to this virus.”

Meanwhile, French Sports Minister Roxana Mărăcineanu had earlier said that Djokovic will be allowed to play in the French Open irrespective of his vaccination status. However, the French parliament has voted to introduce the vaccination process. Thus, Djokovic’s stand on not getting inoculated may not give him a chance to play in French Open.

On the other hand, Rafael Nadal recently won his 21st Grand slam title and became the most successful Men’s player in the history of the game. Nadal will now be once again favorite for the French Open.