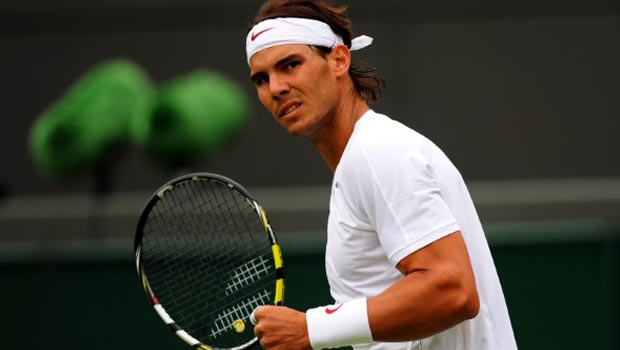 Rafael Nadal insists it doesn’t matter which court he is assigned at the French Open after winning his first-round match on Court Suzanne Lenglen.

The fact Nadal wasn’t scheduled to play his opener on Court Philippe Chatrier, the tournament’s biggest show court, raised a few eyebrows but the Spaniard has moved to play down any talk of a ‘snub’.

Nadal, who has won a record eight French Open titles, eased to a 6-0 6-3 6-0 win over Robby Ginepri of the USA in his first-round match and afterwards stressed he has no issue with whichever court the organisers select for him in Paris.

“Doesn’t really matter a lot,” Nadal said after the comfortable victory. “Always playing Roland Garros is a pleasure for me, is a really honour, and is a special feeling. So all the memories at this place give me are unforgettable.

“And doesn’t matter if it’s Chatrier or Lenglen or another court, to be around here in Roland Garros is always going to be great. And I started in Lenglen this year, it’s a great court.”

However, Nadal was made to wait before his match with Ginepri due to the rain in Paris and the 27-year-old admits conditions are not ideal.

“Mentally it’s a bit always these days tired – I really thought I would not play today during the day, so the mentality doesn’t stay at 100% all the time,” he added.

Nadal will face 20-year-old Austrian Dominic Thiem in the second round after the world number 57 overcame French wildcard Paul-Henri Mathieu in straight sets.