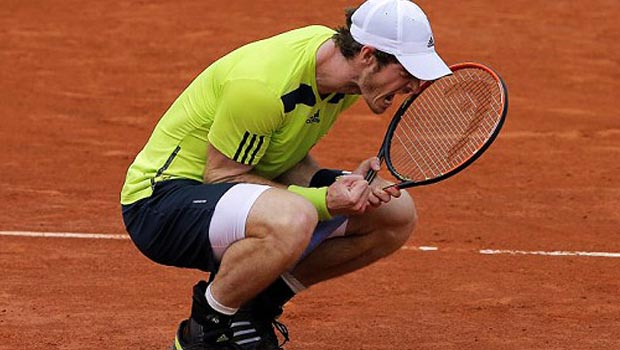 Andy Murray is bracing himself for a “tough” French Open fourth-round tie against Fernando Verdasco and claims the Spaniard has “the edge” going into the game.

The British number one scraped into the last-16 on Sunday when his third-round tie against German Philipp Kohlschreiber from Saturday night carried over after going into extra time in the fifth set at 7-7.

The 27-year-old has nine wins to one against Verdasco from previous meetings, but he had to fight back to defeat the 30-year-old in five sets in the quarter-finals at Wimbledon last summer.

It is the first time Murray has played Verdasco on clay so he does not believe there will be much to divide them.

The Scot said: “Not many people think I play particularly well on clay, so I would say that would give him an edge there. He’s obviously had some good results on clay.

“But he plays well on every surface. It will be a tough match, for sure. He’s incredibly talented, a very, very tough player. I need to play a good match and do everything I can to be fresh.”

Verdasco also played on Sunday after bad light had halted proceedings on Saturday night but he enjoyed a more straightforward 6-3 6-2 6-3 win against Richard Gasquet to reach the last 16 for the first time in four years.

Ahead of facing Murray, he said: “Playing Murray is never easy. He has wonderful tennis, and he won grand slams already, so I think he deserves all my respect.

“I have nothing to lose. He is a favourite because of his ranking. So I will try and play my best tennis.”