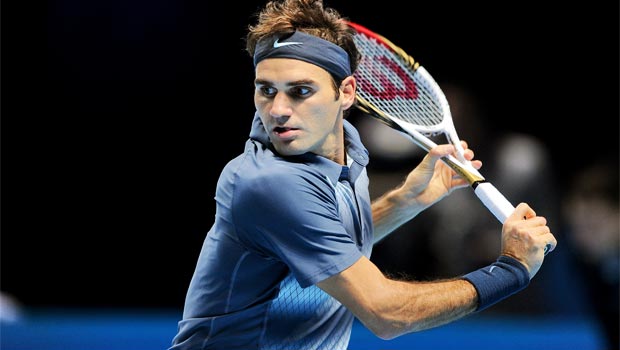 Roger Federer insists he can go all the way in the Australian Open as he looks for put a disappointing 2013 behind him.

The Swiss maestro failed to reach a major final for the first time since 2002 last year and nearly missed out on a spot at the ATP World Tour Finals after slipping down the rankings.

However, the 17-time Grand Slam champion did show signs of improvement towards the end of the year and has now added Stefan Edberg to his coaching staff.

Many pundits and former players have questioned whether the 32-year-old is still capable of challenging for the top prizes, but Federer insists his aim is to win the Australian Open title.

“I’m very hungry and eager to attack. I’m not thinking too far ahead. I’m not thinking short term. I’m definitely going there [to the Australian Open] to hopefully be there for a long time and putting myself in a good position,” Federer told ATPWorldTour.com

Federer was troubled by a persistent back injury over the course of 2013 but the Swiss star insists he is in top condition ahead of the tournament in Melbourne.

He added: “I’m looking back now, the last three, four months it’s been very positive going through Basel, Paris, and London. All three weeks in a row where I played a lot of matches, a lot of three setters as well.

“I went through all of December and probably practised more than all the guys ranked ahead of me because they were playing exhibitions and all that stuff.

“I did that for a full month, a lot of training, and now here I had another busy week and I’m actually holding up very good. So that’s a good sign moving into 2014.”

Federer has a formidable record Down Under having won the Australian Open four times, as well as losing one final and reaching five semi-finals.

The current world number six managed just one trophy last season in Halle but is hoping for more titles in 2014 after overcoming his injury problems.