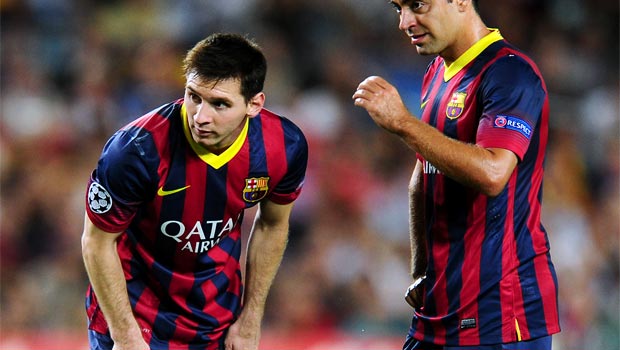 Lionel Messi is set to make a return to competitive action for Barcelona after a lengthy spell on the sidelines.

The Argentine superstar has been missing since the start of November due to a hamstring injury but has been included in the Barcelona squad for their Copa del Rey match against Getafe on Wednesday.

Barcelona will be without Dani Alves, Xavi and Marc Bartra for the first leg of the last-16 tie, but Messi’s return will come as a huge boost to boss Gerardo Martino.

Martino confirmed Messi will feature on Wednesday, although he is yet to decide whether or not the star forward will start the match.

“Leo is feeling good. He has been training without any problems and is ready to play,” Martino stated at a press conference.

“Everybody is happy that he is back again. We will decide on Wednesday whether Leo will feature from the start or begins on the bench.”

Messi’s return comes as a timely boost for the defending Spanish champions.

Barcelona travel to Atletico Madrid on Sunday in a crucial top-of-the-table La Liga clash, with both sides locked on 49 points after 18 games.

Barca are the current league leaders by virtue of a superior goal difference and can make a big statement with a win at the Vicente Calderon.

Martino also indicated he expects to have Alves, Xavi and Bartra available for the trip to Madrid.

He added: “Dani Alves has only just recovered from flu. He needs some more training before he will return.

“Bartra had some physical problems last game. He is fine again now, but we are not taking any risks. The same goes for Xavi.”