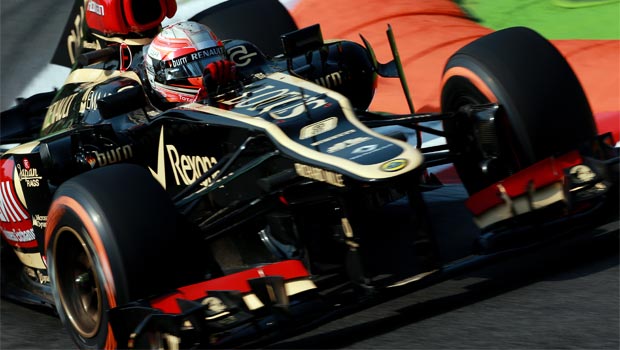 Lotus have confirmed they will skip the first official pre-season test at Jerez later this month.

Technical director Nick Chester revealed on Monday that Lotus will miss the test in Spain as they feel they are not ready to unveil their new car just yet.

“We’re going to keep our car under wraps a little longer than some other teams,” Nick Chester confirmed in a press release.

“We’ve decided that attending the Jerez test isn’t ideal for our build and development programme.

“We are likely to unveil the car before attending the Bahrain tests, and in Bahrain we should really be able to put the car through its paces in representative conditions.”

Sweeping changes have been introduced ahead of the 2014 season as a result of a change from V8 engines to new 1.6 litre turbocharged V6s.

The new regulations could result in the chasing pack challenging the dominance of Red Bull, who have won both the drivers’ and constructors’ titles for the last four seasons.

Lotus impressed in 2013 and had been tipped to challenge for silverware but the news they will miss the first test could be seen as an indication they are behind on their development, although Chester also stressed that he feels they are on course to be ready for the new campaign with their E22 car.

“Certainly, our partners who have seen the car have reported themselves to be very impressed with the layout and various solutions to the new technical challenges.

“From our perspective the figures look promising and development has been positive,” he said.

“We think we have a very good solution to the challenge and hopefully this will be seen when the E22 turns its wheels in anger.”

Lotus are one of many teams who have changed driver line-ups ahead of the 2014 season having brought in Pastor Maldonado from Williams following Kimi Raikkonen’s move to Ferrari.