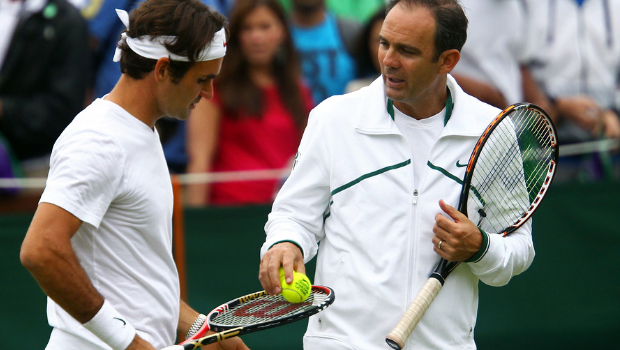 Roger Federer confirmed that he has split with coach Paul Annacone after three-and-a-half years together and he is now looking to create a ‘new chapter’ in his stalling career.

The Swiss former world number one has endured a difficult year on the tour which has resulted in him dropping down to seventh in the current rankings.

And following Federer’s third-round Shanghai Masters exit at the hands of Frenchman Gael Monfils earlier this week, which has left him still short of qualifying for next month’s season-ending ATP World Tour Finals in London, he has decided to make a change.

On the parting of ways with Annacone, who coached Pete Sampras in the past and helped guide Federer to the 2012 Wimbledon title, the 32-year-old told his own website: “After a terrific three and a half years working together, Paul and I have decided to move on to the next chapter in our professional lives.

“When we started together we had a vision of a three-year plan to win another Grand Slam title and get back to the number one ranking.

“Along with many other goals and great memories, these two main goals were achieved.

“After numerous conversations culminating at the end of our most recent training block, we felt like this was the best time and path for both of us.

“Paul remains a dear friend, and we both look forward to continuing our friendship. I want to thank Paul for his help and the value he has added to me and my team.”

Federer will now be hoping for some home comforts as he heads to Basel to compete in the Swiss Indoors looking to nail down a place at the season finale at the O2.