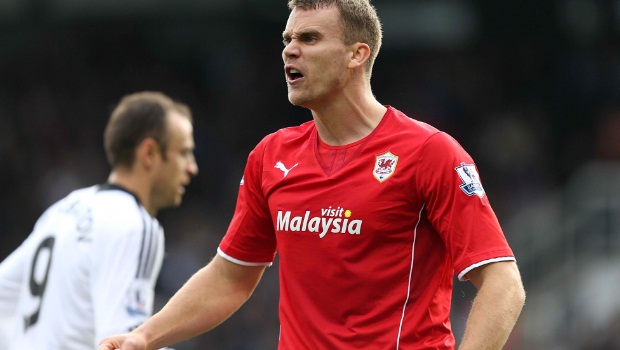 Cardiff centre half Ben Turner believes the Bluebirds have started as well as they could have hoped for in the Premier League and are becoming difficult to beat.

Despite the home reverse to Newcastle last weekend, Cardiff have picked up eight points from their opening seven games and sit in the relative comfort of mid table in the Premier League.

Turner says the fans could not really have hoped for a better start for the side although he concedes that there is obviously a long way to go.

“I think we’ve started in a way that gives us a base level of confidence, so we know where we’re at and hopefully during the course of the season we can build from that and play even better than we are,” Turner said.

“I think everyone – and I think all the supporters would agree – that we’ve started as well as we could have hoped.

“That’s our big prize this season – can we stay up? Anything above that will be just a bonus.”

Turner, who along with central defensive partner Steven Caulker have been at the heart of the Cardiff back line, believes it is imperative that newly promoted clubs get off to a good start in the Premier League and prove early on that they will be no easy meat for other clubs to pick on.

The former Oldham Athletic player continued: “The last thing we wanted to be was a soft touch and being easy to beat and getting rolled over every week, because once that starts happening everything can spiral.”