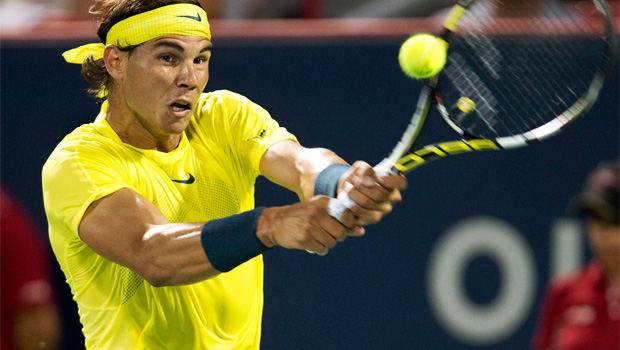 Roger Federer and Rafael Nadal remain on course for a quarter-final clash in the US Open after their latest victories.

Federer, the number seven seed, is in truth a shadow of his former self, but gave glimpses of his undoubted class in a straight sets destruction of Frenchman Adrian Mannarino, posting a score of 6-3 6-0 6-2.

The match lasted just 81 minutes and served as little more than a training exercise for harder tasks to come, with Spain’s Tommy Robredo now standing in the way of a 32nd career meeting with Nadal. Amazingly not one of those has been at Flushing Meadows, but on current form that looks very likely to be rectified soon.

Federer though is trying to play down the expected meeting, saying: “I don’t look ahead, even though I understand the urge of the press to try to go there already, which is entirely normal. I have gone through that my entire career, people talking about our matches even before the tournament started.

“We’re used to it. We know how to handle it. Clearly I think we both hope it’s going to happen this time for the first time in New York.”

Nadal meanwhile revealed that his straight sets defeat of Croatian Ivan Dodig was his best performance so far at Flushing Meadows.

That victory took the Spaniard’s record on hard courts this season to 18-0, with only five sets conceded.

Nadal did not have his serve broken in the first week, and said: “In important moments I did a few good serves, but I am winning because I am playing well from the baseline and I am making the right decisions in the right moments.

“It’s something I am going to work a little bit more on in practise tomorrow. I need to serve a little bit better.”