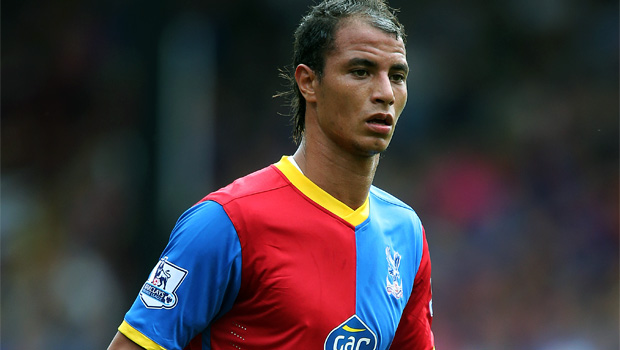 Crystal Palace boss Ian Holloway praised recent signing Marouane Chamakh for his contribution in their 3-1 win over Sunderland on Saturday.

That victory, the Eagles’ first of the Premier League campaign, was the Selhurst Park outfit’s best performance so far, according to Holloway.

“I know what these lads can do,” he said. “I thought you could see greater belief in what we were trying to do and I think that is the hardest thing to get across to a group of players, some of who have not played in this division.

“Chamakh, with his work rate, how he wanted to run today and where he has been used to playing, I thought he gave a lot of other people belief.”

In a bid to strengthen the squad ahead of bigger tests to come, Palace have confirmed the signing of Jimmy Kebe from Reading on a three-year-deal for an undisclosed sum.

The 29-year-old, Holloway’s 11th summer signing, returns to the top flight after dropping into the Championship with the Royals last season.

“It’s a big move for me – getting back to the Premier League was my main target. I’m very excited about it,” he said.

“I talked to the manager and you can see how excited he is and I’m ready for the challenge. It’s a big opportunity for the club and we know it’s not going to be easy to stay in this league as there’s a lot of good clubs but anything is possible, so we’ll try our best.

“I was in the same situation with Reading and it’s never easy to move from the Championship to the Premier League as it’s a big step but there’s quality players here and we have a strong team to do something with here.”

Holloway also revealed that he hopes to make at least one more signing before the transfer window closes.