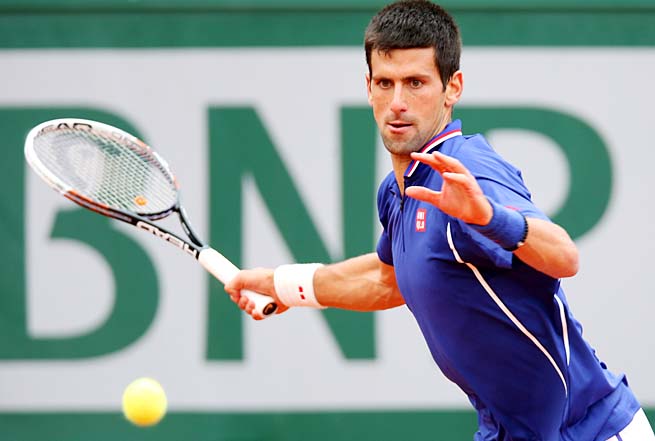 World number one Novak Djokovic came from a set down to beat Philipp Kohlschreiber 4-6 6-3 6-4 6-4 and book his place in the quarter-finals of the French Open, but perhaps offered some encouragement to his rivals in a scratchy display.

The tournament second favourite had previously looked in sublime form as he made serene progress to the fourth round, without dropping a set.

Djokovic learned of the death of his childhood coach Jelena Gencic following Saturday’s 6-2 6-2 6-3 win over rising star Grigor Dimitrov, and how that news affects him over the rest of the tournament remains to be seen.

The Serbian ace is of course desperate to add the French Open title to his CV as it is the only major title he has yet to win and would complete a career Grand Slam.

Djokovic certainly made a slow start against the 16th seed, suffering a break of serve in the fifth game that he was unable to recover.

Kohlschreiber had chances to put pressure on the top seed in the second set but failed to take advantage of any of six break points created, while his opponent converted his one and only opportunity and never looked back.

Djokovic managed two breaks of serve in the third set and, although he did drop serve in the fourth, it was too little too late as he had already established a 5-2 lead.

Despite not quite being at his best, the 26-year-old can never be discounted as he looks to avenge last year’s final loss and now faces Tommy Haas in the quarter-finals after the 12th seed thrashed Mikhail Youzhny 6-1 6-1 6-3.