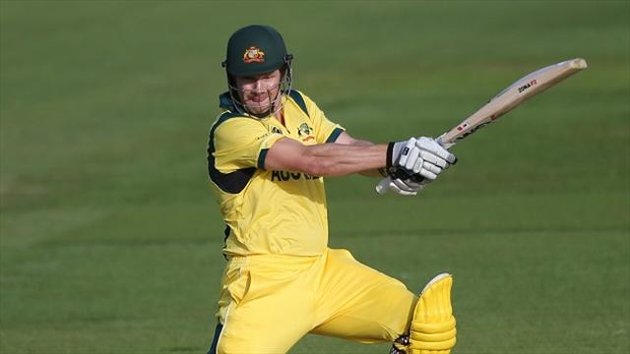 Shane Watson has urged his Australia team-mates to focus on the future and forget about the recent tour of India, otherwise they will be made to pay in the ICC Champions Trophy and subsequent Ashes series against England.

The Baggy Greens were given a lesson by India earlier this year, losing 4-0 with four players – including Watson – on the end of disciplinary sanctions on a tour that could not have gone worse.

The big-hitting all-rounder was suspended for the third Test but returned to captain the side in the finale after Michael Clarke was ruled out through injury, although India eased to a six-wicket win.

Watson has subsequently stepped down from the vice-captain’s role to focus on his own game, having averaged a mere 16.5 in his six innings in the 4-0 whitewash.

The Queenslander though is now hopeful that everyone in the Australia camp has been able to move on from the disastrous tour of the sub-continent and can focus on events coming up.

“We’ve got a lot of big cricket coming up so we’ve got to put all the things that happened to us in India behind us,” Watson said.

“We’ve got to find ways to get the best out of ourselves as individuals and as a team. If we don’t then it could be a long 10 months, but if we’re able to bring it together then we could have a lot of fun.”

Watson himself appears to have found some form again after hammering West Indies to all parts at Sophia Gardens on Saturday, scoring 135 off just 98 balls.

Australia take on India on Tuesday in Cardiff before they open their Group A campaign against England at Edgbaston on Saturday, ahead of games against New Zealand and Sri Lanka.