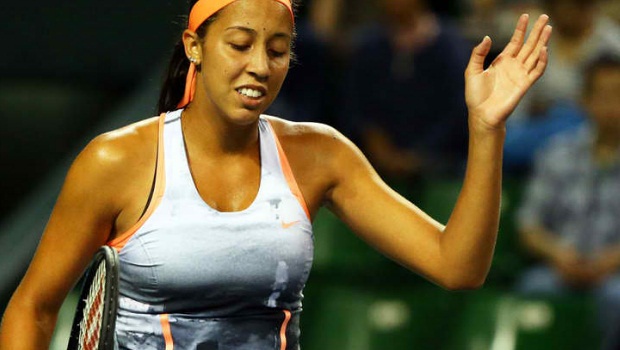 Rising star Madison Keys of the United States took less than an hour to beat Zhang Shuai and reach the HP Open quarter-finals in Japan.

The teenager, the second youngest in the top 100, took time to warm up, and at one point found herself 3-4 down.

However, the sixth seed suddenly burst into life and reeled off nine games in a row to triumph 6-4 6-0 in just 51 minutes, losing just three points in the whole second set.

Keys is now through to her fourth WTA quarter-final, having already reached that stage at Sydney, Charleston and Birmingham this year.

“I started off a little bit slow, especially returning – I was making a lot of mistakes,” she said.

“But I felt like once I really got going and got a good feeling on the court, I played really well.

“My serve got me out of some tough positions in the first set and really helped in the second set.

“This has been my first trip to Asia,” Keys said. “The people are great and I’ve really enjoyed being in Japan. I don’t mind the heat and I like the surface – it’s really fast – so it works for my game.”

Keys faces her toughest task when she takes on third seed Samantha Stosur on Saturday for a place in the semi-finals, after the Australian won through in three sets against Misaki Doi , 6-1 3-6 6-3.