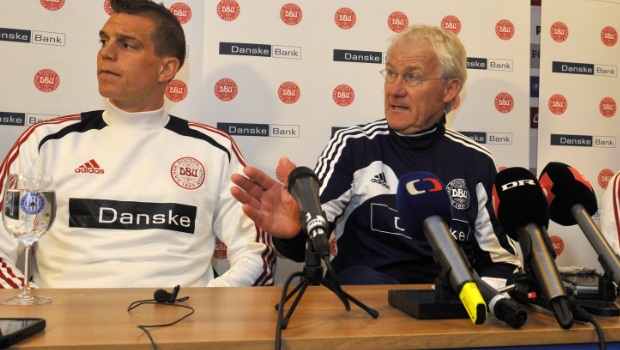 Denmark will look to beat World Cup Group B leaders Italy on Friday night to stay in contention for a play-off place.

Italy qualified for Brazil last month with two games to spare, so it is hard to know how they will approach tonight’s game in Copenhagen.

For the Danes though it is a must-win scenario, as Bulgaria are one point ahead of them on 13 ahead of tonight’s matches, while there is a further three points back to the Czech Republic and Armenia.

Denmark need at least a point tonight to be sure of staying in contention, and will be aware that the team that finishes second with the least points after Tuesday’s ties will be eliminated.

Morten Olsen’s side have gained back-to-back wins over Malta and Armenia away from home, but were surprisingly thumped 4-0 at home by Armenia to leave them with no doubt that they must focus tonight.

Also, Denmark should be aware that as Italy will obviously want to preserve their number 4 FIFA World ranking, coach Cesare Prandelli will almost certainly not use this as a training exercise.

He can call on an invigorated Fiorentina striker Giuseppe Rossi, while Claudio Marchisio is back after injury. Also, if selected, goalkeeper Gianluigi Buffon will become Italy’s most-capped player on 137 appearances – a distinction he currently shares with Fabio Cannavaro.

Olsen has Daniel Agger, Simon Kjaer and Christian Eriksen at his disposal, while Nicklas Bendtner is also back in the squad for the first time in six months.

Italy won the reverse tie 3-1 last year, but will face a battle to come out on top this evening against a determined Denmark.