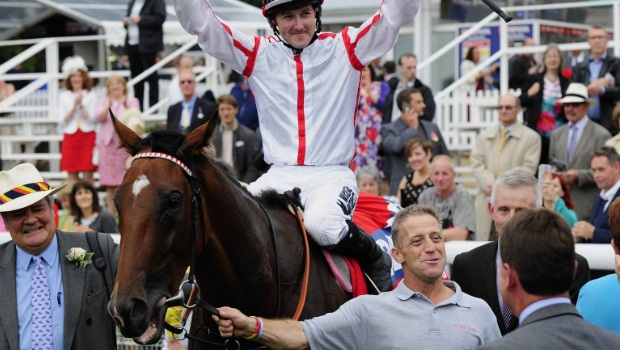 The Lady Cecil-trained Tiger Cliff bids for another big staying prize when lining up from a poor draw in Saturday’s Betfred Cesarewitch at Newmarket.

The four-year-old will be having his first outing since taking the Ebor at York, when he had been well to the fore in the ante-post betting for what is traditionally the second leg of the autumn double.

Tiger Cliff has worked well on the nearby Warren Hill gallops in preparation for his return to action, and despite being given an awful draw in stall 30, connections are more than hopeful that he can repel strong challenges from Ireland and France in particular to prevail.

“It’s a very open race and plenty of good horses in there, like the Irish horse (Domination) and those from Sir Mark Prescott (Pallasator) and Nicky Henderson (Lieutenant Miller and Earth Amber). It will be very competitive.

“Henry won it once, and we’d settle for winning it once as well. We’ve been very lucky having good winners at Ascot, Goodwood and York, but to have a win at home would be fantastic.

“He has done all his work now. Michael Prosser (Newmarket clerk of the course) has said there is some rain forecast, and that would be appreciated.”

Owner Henry Ponsonby meanwhile will have two bites at the cherry as his white and red colours will be sported by Ryan Moore on board Nicky Henderson’s Lieutenant Miller who also has a poor draw in stall 32.

Henderson, who also saddles Earth Amber, partnered by Richard Hughes and boxed in stall five, will be looking for his third success in the race, having sent out Landing Light in 2003 and Caracciola five years later to take the two-and-a quarter mile contest.

Newmarket trainer Sir Mark Prescott has yet to win the race but it is not for the want of trying, having laid the likes of Hasten To Add and Alleluia out in the past without success.

This year he has another live chance with the lightly raced Pallasator, third to Platinum in Haydock’s Old Borough Cup on his reappearance, and drawn nicely in stall seven.

“He is fourth favourite and he has definitely got enough class to win the Cesarewitch, but he is not easy and not straight-forward and whether he will stay two and a quarter miles is very much in doubt,” said Prescott.

“The dangers are the horses like Lady Cecil’s, and as a Flat trainer I strongly disapprove of these National Hunt horses, usually skilfully trained by Nicky Henderson, but I hope his class sees him through.”

French raider Smoky Hill (14) has been all the rage with punters this week, and bypassed last week’s Prix du Cadran at Longchamp to wait for Newmarket. Any rain would be in his favour.

The race is due off at 3.50pm UK time on Saturday.