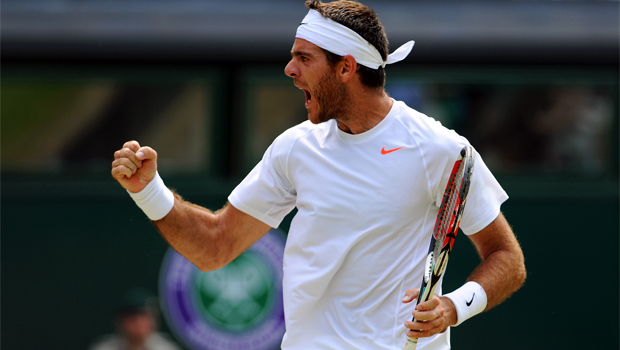 Juan Martin Del Potro is through to the quarter-finals of Washington Open after winning two matches in the same day at the rain-affected event.

The tournament in the American capital is way behind schedule due to the bad weather and as a result Del Potro was forced to play two games in the space of five hours.

The 2009 US Open champion was on court first against home favourite Ryan Harrison and despite the warm conditions he made light work of the American, winning 6-1 7-5.

The 24-year-old was back on court in the evening to face Australian upstart Bernard Tomic and despite having already played once, the Argentinian booked his place in the last eight with a routine 6-3 6-3 win.

Del Potro believes the extra training he has been doing in the build-up to the North American hard-court season has paid dividends as he now turns his attention to the quarter-final clash with Kevin Anderson on Friday.

“For the first day of the hard-court season, I had a very good day,” Del Potro said. “I beat two young players with good potential. I should play better all the matches.”

Number 21 seed Anderson, who defeated Mardy Fish 7-6 6-1 to reach the next round, doesn’t think Del Potro’s exploits on Thursday will affect him as he looks to dispose of the top seed in Washington.

“I would be very surprised if two matches today would affect him for a match tomorrow,” Anderson said. “Somebody with the level of fitness of the players out here, it won’t be a problem.”

Second seed Kei Nishikori also had to play two games in the same day but was unable to match Del Potro’s achievement, winning his first match with US wild-card Jack Sock before losing to Marcos Baghdatis.