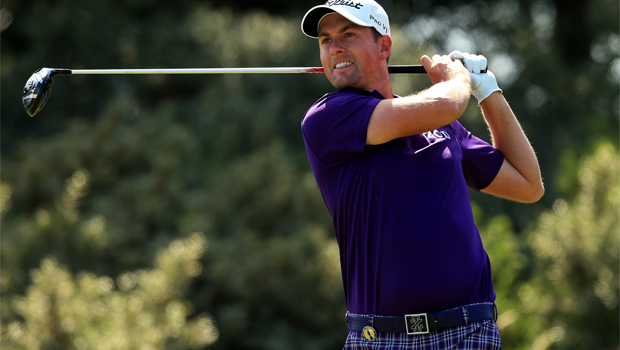 Webb Simpson said his blistering opening-round 64 at Firestone Country Club was down in part to his caddie after taking at one-shot lead at WGC-Bridgestone Invitational.

The 2012 US Open champion made light work of the Ohio course as he shot eight birdies, including a run of four in succession, to card a six-under-par round.

Simpson’s opener could have been even better had he not dropped shots at the third and last but he has still left himself in a strong position to secure his first win since his triumph at Olympic Club last year.

This is the first year the 27-year-old has qualified for the limited-field WGC-Bridgestone Invitational and he said his fantastic start had a lot to do with caddie Paul Tesori.

Tesori is a former PGA player and has plenty of experience of the Firestone course having been on the bag when Vijay Singh won the World Golf Championship event in 2008.

Simpson believes Tesori’s advice could prove to be vital as he aims for a successful weekend in Akron, Ohio.

“I knew it all through my caddie, who’s been here so many years,” he said. “I just kind of had to listen to him.

“It’s hard for us players to listen to our caddies, but he basically showed me where to go yesterday.

“I didn’t feel like it was my first time because he has so much experience here.”

One shot behind Simpson is Open Championship runner-up Henrik Stenson after the Swede carded a flawless round of 65 which included an eagle at the par-five second.

Behind Stenson are a group of four players on four-under, including Tiger Woods, who is looking to win for the eighth time at the Firestone Country Club.

He is joined by fellow Americans Ryan Moore and Keegan Bradley, while England’s Chris Wood also had a good day, joining the quartet with a round of 66.