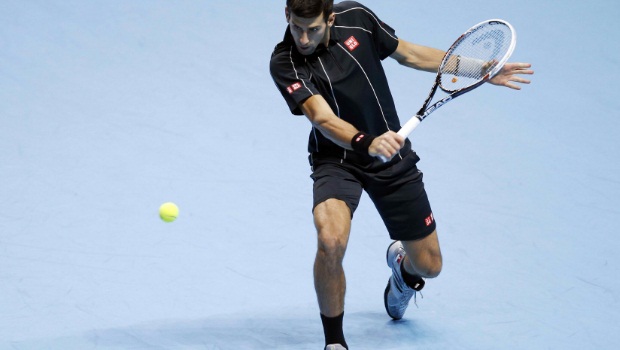 Novak Djokovic was glad to be able to raise his game at the end of a long season to beat Juan Martin Del Potro and qualify for the semi-finals of the ATP World Tour Finals.

And, after resting on Wednesday, the Serb was back in action at London’s O2 Arena, with a clash against the in-form Argentinian.

Things began well for the 26-year-old as he took the opening set only for Del Potro to hit back in the second to force a decider.

But it was the six-time Grand Slam winner who came out stronger in the third with a break of serve in the sixth game proving crucial as he ran out a 6-3 3-6 6-3 winner.

After another gruelling season it is inevitable that even the top stars are feeling a bit jaded, and Djokovic confessed that he had to dig deep to get the job done against two of the best players in the world.

“I overcame the two big fights against Roger and against Juan Martin today,” he said. “Both matches went the distance; both matches were decided in a few points. So I’m just very glad to be able to play my best when it’s needed.”

The four-time Australian Open winner has one group encounter left against Richard Gasquet and can play the match safe in the knowledge that he has already reached the last four.

But, ever the professional, the Monte Carlo resident made it clear that he will not let his standards slip at any time.

“I did qualify for semi-finals, which is definitely positive news,” he added. “But I still want to try to win the last match of the group.”