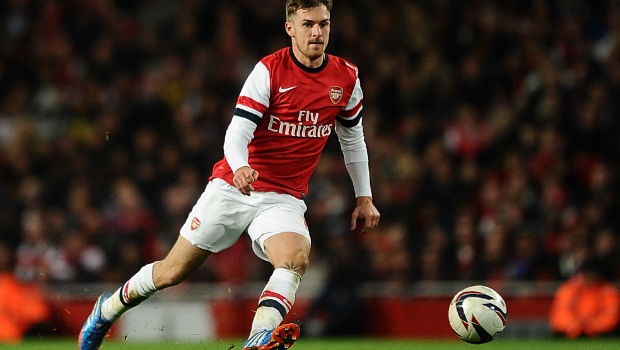 Aaron Ramsey has backed Arsenal to sustain their Premier League challenge next year as they look for their first silverware since 2005.

The Gunners have begun the season in sensational style and currently sit at the top of the Premier League table with 25 points from 10 games played.

Defeat to Aston Villa in their opening fixture has been followed by eight wins and a draw, and last Saturday’s victory over Liverpool put down a marker for the rest of the top teams that they mean business.

The north Londoners have traditionally been slow starters in recent seasons and have had to play catch-up with the likes of Manchester United, Manchester City and Chelsea.

But they have always rallied towards the end of the campaign to finish in the top four and qualify for the Champions League.

This season appears to be different and Arsene Wenger’s men have hit the ground running, but both opponents and the media alike have questioned their ability to keep up their form throughout the 38-game season.

Ramsay has played down the negativity and feels their record proves that they get stronger as the season progresses.

“Our biggest problem over the last few seasons is starting off well which we have managed to do now this season,” he said.

“If we get ourselves into a strong position we know our ability to get as many points as we can in the run-in has been second to none.”

Arsenal travel to Old Trafford on Sunday to face the reigning champions and, having seen off Borussia Dortmund in the Champions League on Wednesday, Ramsay wants his team-mates to cap what has been a superb few days with another three points.

“This was always going to be a big week for us and we couldn’t have got off to a better start,” he added. “Hopefully now we can go to Old Trafford and finish the job off.”