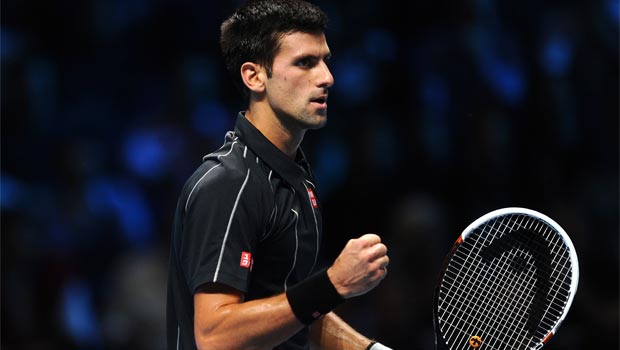 Novak Djokovic says he is relishing the chance to work with Boris Becker after revealing that the German legend is now his new head coach.

Djokovic already has an extensive team around him, with Marian Vajda, Miljan Amanovic and Gebhard Phil-Gritsch part of the Serbian ace’s crew.

But the addition of the six-time Grand Slam winner will be seen as an attempt to take his already superb game to the next level and add to his list of Grand Slam titles in 2014.

Becker will work with the word number two in the lead-up to and during the Australian Open, while also accompanying him to Dubai, Miami, Monte-Carlo, Rome, Roland Garros, Wimbledon, Cincinnati, the US Open, Shanghai, Paris and London.

Vajda will then take the lead role when Djokovic plays at Indian Wells, Madrid, Toronto and Beijing in what he hopes will be another stellar season.

And the Monte Carlo resident is clearly upbeat about his chances of achieving further glory with the three-time Wimbledon champion on board.

“I am really excited to have the opportunity to work with Boris,” he said. “He is a true legend, someone who has great tennis knowledge and his experience will help me win new trophies from the Grand Slams and other tournaments.”

Djokovic enjoyed an excellent season in 2013 but came up short in the finals of both Wimbledon and the US Open.

He did round things off nicely with victory in the ATP World Finals and has now made it clear that it is the big events that he wants to win next year.

“My goal for 2014 is to play my best tennis and to get in shape for the Grand Slams and Masters 1000s,” he added. “These tournaments have the most weight in our sport, and I want to prove my worth there.”