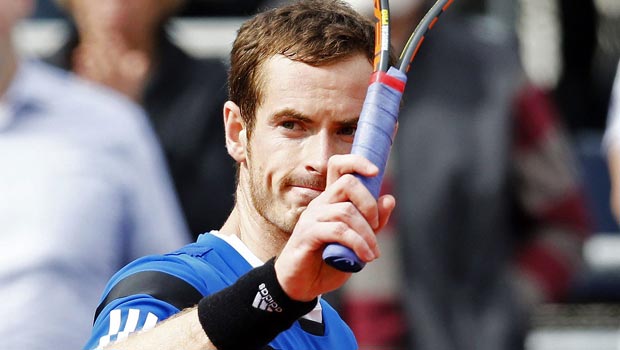 Andy Murray says he is looking forward to the “good challenge” of leading Great Britain in their Davis Cup quarter-final clash against Italy next month.

World number six Murray appears over his recent back injury problems after being confirmed in GB’s squad for the last-eight game, which will be played on April 4-6 in Naples.

Alongside the Scot, Dan Evans, Colin Fleming and James Ward have all been named, with Ross Hutchins travelling as a reserve for Britain’s first Davis Cup quarter-final tie since 1986.

Murray is well aware the tie will be tough on Italian soil but he is relishing the test, saying: “It will be a good challenge playing on the clay in Italy. They have some very good clay court players with a passionate crowd behind them.

“It will be a tough weekend and the games will be tight, but it’s great playing in big matches like this in the World Group.”

Captain Leon Smith, meanwhile, is pleased he has been able to call upon Murray, while he also believes Evans, Fleming and Ward will provide decent back-up.

He said: “We have selected our top three singles players for the squad who between them have the most Davis Cup experience which is what we need for this tie.

“Obviously we are delighted that Andy is playing, and both Dan and James have enjoyed impressive Davis Cup wins over the last few years.

“We also have strong options in doubles. Andy and Colin have enjoyed success together before, having reached the final in Montreal last August and also winning their last Davis Cup doubles rubber against Croatia in September.

“Ross Hutchins could be brought into the final four depending on what options we feel are best for the tie. Both Colin and Ross also have a lot of Davis Cup experience between them.”

The winners will take on whoever comes out on top in the Kazakhstan v Switzerland clash in the semis with Italy, who are likely to be led by clay-court specialist Fabio Fognini, viewed as slight favourites to go through.