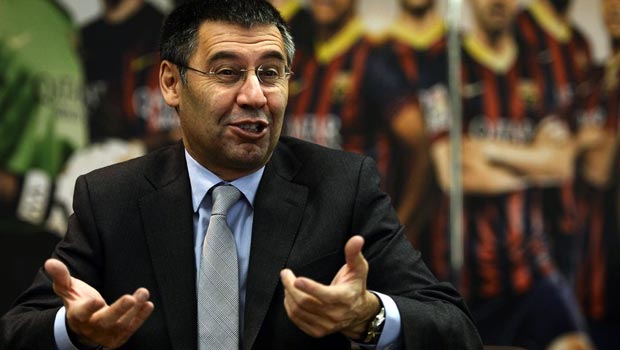 Barcelona president Josep Bartomeu says the Catalan giants could have a summer transfer budget in the region of £100million to strengthen their squad.

Barca usually make at least one huge close-season purchase and are set to be very active in the transfer window between June and September later this year, according to club supremo Bartomeu.

With two mainstays of their side over recent seasons – goalkeeper Victor Valdes and centre-back Carles Puyol – both leaving, replacements will need to be found and there could be extra pressure to strengthen this summer if they lose out in the La Liga title race to either Real or Atletico Madrid.

Bartomeu insists finding the resources to fund some big transfers will not be a problem, however, with a massive budget set to be made available.

“Each year we have an EBITDA [Earnings before interest, taxes, depreciation and amortisation] of about 120 million euros,” Bartomeu has been quoted by El Periodico.

“We generally use half of that to fund transfers and the other half to reduce our debts. But there could be a year where we spend the entire 120m euros on transfers.”

They continue to be linked with several other players, including Chelsea defender David Luiz, Spurs’ Jan Vertonghen and Porto’s Eliaquim Mangala to strengthen at the back.

Barca will hope to build on their El Clasico win over Real Madrid on Sunday when they host struggling Celta Vigo (Barca 1.05, Celta 25.00, draw 10.70).