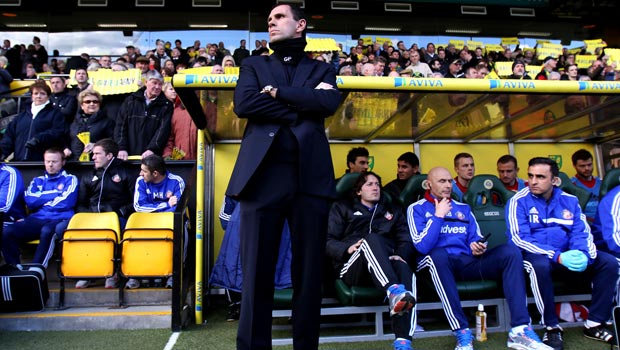 Sunderland boss Gus Poyet has said all contract talks with players are on hold until the summer – because he wants everyone focused on the relegation fight in the 10 games that remain this season.

Their destiny remains in their own hands, though, as Poyet’s men do have two games in hand over West Brom and Crystal Palace, who both sit just two points ahead of them.

Understandably, the focus at the Stadium of Light is on survival and Poyet says all talks about new contracts for any players approaching the end of their current deals will not begin until June.

“I have not told any of the players who are out of contract that they are free to look for another club this summer,” Poyet told the Sunderland Echo.

“I think the players are clear enough. No one has come to me and asked me about it. I didn’t want to start talks anyway because it can be taken the wrong way if you are not careful.

“My view is that players have to take the attitude of when does my contract finish? 30th of June? OK, then I’m a player for this club until the 30th of June.

“It doesn’t matter if we offer a player a contract and he says he’s not going to sign – that doesn’t mean I’m not going to play that player anymore. He will play, I promise you, if he’s impressing me with his attitude and his ability in training.”