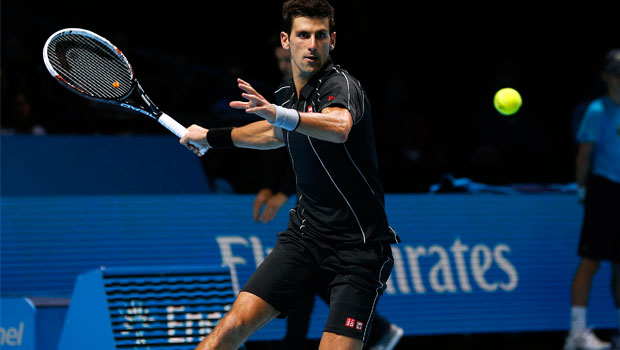 An exhausted Novak Djokovic is looking forward to a well-earned rest after beating Roger Federer in his opening match at the ATP World Tour Finals.

The 26-year-old came through two tough sets when beating David Ferrer in the final of the Paris Masters on Sunday and had just Monday to prepare for the season-ending event.

And he was made to work extremely hard for his victory at the O2 Arena on Tuesday night, with Federer taking the Serbian ace to three sets.

Djokovic claimed the opener only for the 17-time Grand Slam winner to level affairs on a tie-break, but the world number two proved too strong in the decider and ran out a 6-4 6-7 (2-7) 6-2 winner in London.

It was the second time that the Australian Open champion had beaten the Swiss star in three days and Djokovic was pleased with the way his form held up after a gruelling few days.

“Only 48 hours ago, I was playing in Paris so to be able to play this well and beat Roger is incredible,” he said.

Next up for the six-time Grand Slam winner is a clash with Juan Martin Del Potro, who beat Richard Gasquet on Monday night, and Djokovic hopes to return refreshed on Thursday for another massive challenge on the Greenwich Peninsula.

“The good thing is, there is a day off,” he added. “I’m going to try and recharge my batteries mentally and physically and get ready for Del Potro.

“It doesn’t get easier Roger, then Del Potro. The quality of players in this tournament is the highest possible in tennis.”