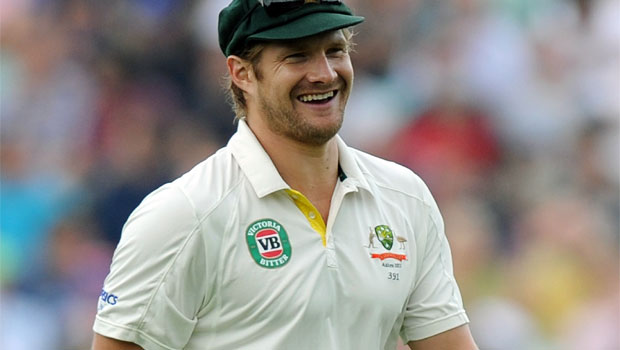 Australia are sweating on the fitness of all-rounder Shane Watson as he continues his recovery from a hamstring injury.

The 32-year-old has suffered with injury throughout his career but remains a vital part of the Aussie Test side with his ability to dominate with the bat and take wickets at key times.

The Queensland-born ace has played a lot of cricket for Australia over the past couple of years, both in Tests and one-day matches, while he has also featured in the Indian Premier League.

And his heavy workload finally took its toll when he sustained the problem with his leg in the final ODI with India last Saturday.

The Baggy Greens are set to take on England in the first of five Tests at Brisbane on November 21 and will be desperate to have the New South Wales star in the ranks.

Watson is having regular physiotherapy in an attempt to be fit for the Gabba showdown and Australia physiotherapist Alex Kountouris admits it is touch-and-go at present.

“How well he responds to this will determine how quickly he can resume full training and match preparation,” he said.

“It goes without saying that Shane and the medical team will be doing everything possible to get him fit and available for selection ahead of the first Test.”

But his numbers do not tell the whole story as he is an impact player who can change the course of the game in a session and the hosts will be a stronger unit with him in the side.