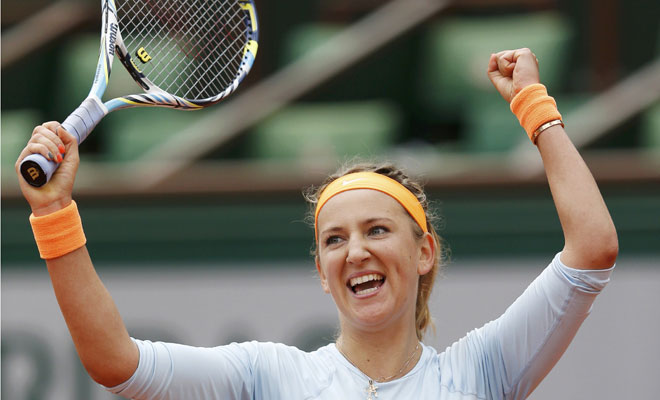 Victoria Azarenka showed her class at the 2013 French Open and proved far too strong for former champion Francesca Schiavone as she booked her place in the quarter-finals with a convincing 6-3 6-0 win.

The former world number one had not exactly stamped her mark on the second Grand Slam event of the year, having to come from a set down to beat Alize Cornet of France in the third round.

However, that all changed on Monday as the Belarusian hit her straps with her powerful baseline game easily accounting for the 2010 French Open champion.

The match had been fairly tight to start with but in the seventh game of the opening set, Azarenka sealed the crucial first break and there was no looking back, reeling off nine games on the bounce to progress to the last eight.

Schiavone is not the force she once was of course but Azarenka was delighted with her performance, although she insists she is not looking too far down the line.

“I think it was my most composed and consistent match of the tournament so far,” Azarenka said.

“It was definitely a very good challenge for me to play against a great player like Francesca, especially knowing how well she’s done here in the past. I’m very pleased with the way I was playing today.

“But I always take it one match at a time. The next match will having nothing to do with today.”

Azarenka has never made it past the quarter-finals in Paris and will face either 12th Maria Kirilenko or world number 67 Bethanie Mattek-Sands in her bid to progress to the last four for the first time.